LIVE in a small, pretty village and bloody furious about some London bastard turning up with their kids in tow? Here’s how to let them know:

‘FUK OFF BAK HOM’ painted in red on a bedsheet then slung over a barbed-wire fence really lets outcomers know not only the strength of feeling against them but the mental capacity of those behind it. Strikes fear into their educated hearts.

Doing something with manure on the adjacent field

As a farmer, you know that paddock needs to be left fallow for a year to let the soil recover. But as a proud man of the village you know it’s right next to those Londoners’ garden so it’s your duty to throw pigshit around.

At any time of day or night, be ready to stop whatever you’re doing to stare at them, and their family, for as long as it takes until they’re out of sight. Let your features curdle with loathing until inhuman. They’ll get the message.

Just because you live in the country doesn’t mean you’re technologically backward. Get a Facebook group together called You Should All Piss Off filled with venomous comments, then tell MailOnline about it so your campaign gets nationwide publicity.

Dead animals on their gate

Country folk have plenty of unwanted animal corpses lying around, so why not drape a few over the strangers’ front gate? They’ll freak out because they’ve never seen a dead weasel before, and it’s one less dead weasel for you to have to deal with.

Pretend all this is because of the coronavirus

Rather than you all feeling and behaving exactly the same way towards these second-home scum as you always did, make out it’s because of the pandemic. It at least gives you a solid reason for your irrational and traditional hostility.

Walking in single file doesn't mean you don't love each other, couples told 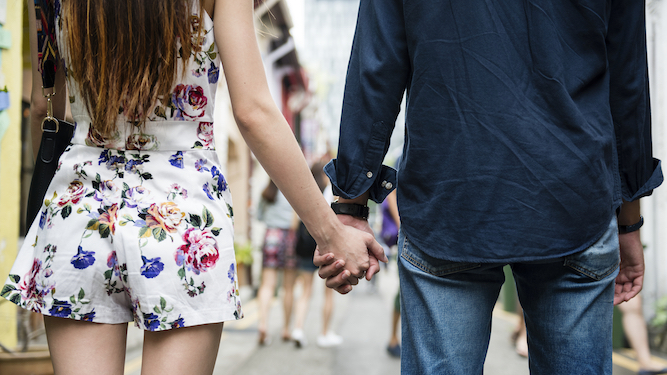 COUPLES unable to get out of the way of other pedestrians for fear of their love have been advised that they will be fine.

As social distancing becomes increasingly stressful, couples acting like the pavement is the parade route for their devotion have been asked if they could get a f**king grip.

Lone pedestrian Nikki Hollis said: “We get it, you’re having sex on lockdown. But not holding hands for three seconds is not tantamount to being dumped.

“Normally I’d brush by these tedious twats huffily but now I have to give them a two-metre berth in case they kill me, which invariably means stepping out into the road which could also kill me. For your love.

“Would seeing me splatted by a wanker of a driver speeding because there’s no other traffic make your springtime walk romantic? Or a traumatic relationship-ruining nightmare? Just get out of the f**king way.”

Hollis added: “And don’t even get me started on those bastards that insist on going jogging together.”