WANKERS who wank on about having a real fire have been informed that burning gas is not in any way fake.

Anyone who believes that their wood-burning or coal-burning fire is more authentic than a mere gas fire has been invited to put their hand into the flames and see if it feels inauthentic then.

“Yes, if you’ve got a three-bar electric I understand the distinction, but if there’s a flickering flame then it doesn’t particularly matter what’s fuelling it. Does your cherrywood smoke smell nicer? What are you doing, sticking your head in and inhaling deeply?

“And these real fire dickheads are always the ones so concerned about the environment while sticking a load of carbon in the atmosphere in a very real, direct way. You’re cutting down trees then burning them. Not a problem for you at all?

Wood-burner owner Julian Cook said: “Ah, but yours isn’t a real fire is it? Not really real, like mine.”

Cinemagoers booked in to see any old shit 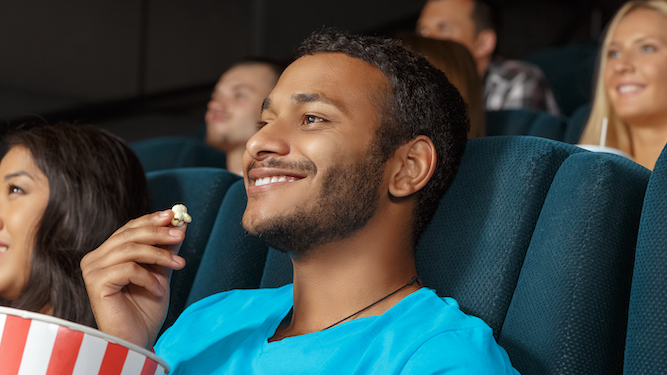 CINEMAGOERS thrilled to see films on the big screen again from Monday have already booked to see whatever shit is on.

People for whom the TV is not big enough are queuing up to see Peter Rabbit 2, Godzilla vs Kong and some bollocks with Angelina Jolie as a firefighter that even Netflix would not touch.

Tom Booker of Crewe said: “I am going to watch some absolute bargain-basement celluloid floor-sweepings over the next two months, and I cannot wait.

“Until Hollywood’s sure there’s not going to be a third lockdown – that second one last November’s been declared non-canon, like the Ed Norton Hulk – they’re not going to release anything good. And I for one don’t give a shit.

“I’ll be seeing crappy Marvel movies, crappy DC movies, crappy movies based on Disney theme park rides, Fast & Furious f**king 9, and any other shit they throw at me.

“Then finally the pandemic will be officially over globally with the release of the James Bond movie, which like any fifth Bond film with the same actor will be utter gadget-laden tripe and a low point for the whole franchise.