Things other than racism 'are not racism'

RACISM is different to other things that are not racism, it has been claimed.

Professor Henry Brubaker of the Institute for Studies said: “Racism is believing a race to be inferior because of its perceived characteristics.

“It’s different to thinking that Kanye West is a twat, some council workers are incompetent or that some people are fat because they eat too many Hob Nobs.

“Not only is it not the same, it’s not even that similar.”

“I am offended and that’s a big deal.” 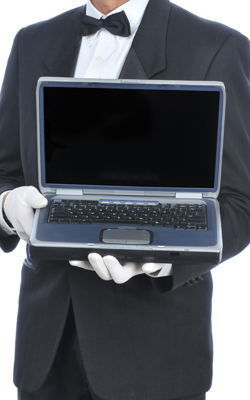 BORIS Johnson’s highly capable manservant Hardwicke has advised him to stand as an MP.

Hardwicke, who has been Mr Johnson’s manservant since the business with Clanger Rathbone, Lady Julia and the stuffed warthog, is entirely responsible for Johnson’s otherwise inexplicable rise to power.

Following the unfortunate business of Sir Billy ‘Maggot’ Truckle and the missing gravy boat at Hamworth Hall, Hardwicke discreetly secured for Johnson a column in the Daily Telegraph.

When Johnson was arrested for pinching a police motorbike on Boat Race Night, it was Hardwicke who smoothed things over by ensuring he became Mayor of London.

However Hardwicke said: “I’m afraid my master is quite ill-equipped for the role of PM. He’s more hair than brains, you see.”

Johnson said: “Couldn’t do without the fellow. Last time he went on holiday I lost my trousers during the to-do with Lady Marchmont’s rare breed terrier at Chumpney-on-Thames, and had to steal a pair from a scarecrow.

“Dashed embarrassing, as it was the opening ceremony of the London Olympics that night.

“He’s quite right, of course. I’d make a right bally hash of being PM. Probably topple backwards and sit on the nuclear button or something.

“Maybe it’s worth a pop though.”