THE tidal wave of woe sweeping the UK is such that ordinary, sane adults are actually quite looking forward to Christmas.

Christmas, or fucking Christmas as it is more commonly known, is the annual festival of spending a week in a hot room full of people with whom you have little in common except genetic material.

Traditionally it is viewed with contempt by fully grown humans.

But as Meryn King announced the death of western civilisation while making his severest ‘severe penguin’ face, thousands of angry public sector workers picketed Guardian website message boards and also hasn’t it gotten cold all of a sudden, the prospect of fucking Christmas became quite enticing.

Factory worker Tom Logan said: “This is the first time I’ve really been up for Christmas since I got pubic hair.

“We will gather and we will eat and we will look at screens and most of all, we will forget.

“The country will stop imploding for a week or two while we assemble in our cosy little snow-covered house, like something from a Charles Dickens book but with added Call of Duty sessions.”

Teacher Stephen Malley said: “I’m very concerned about the way things are going globally, so I’m genuinely looking forward to immersing myself in the Peter Kaye book that I invariably get given.

“Even though it will contain few genuine revelations as Kaye’s life is by now more extensively documented than that of Christ.

“Anyway, I will chortle heartily at his reminiscences about slot machines and types of mint that they don’t make any more, idly sticking dried fruit pies into my head. Not even caring as my children play some new electronic game that makes a gratingly repetitive ‘zoop’ noise for nineteen hours at a stretch and my wife cries in the toilet for some mysterious reason.

Give everyone five grand and let's start again, says Bank of England 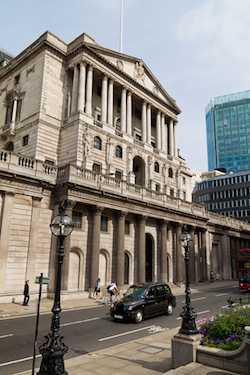 THE global economy should be started again from scratch and everyone given £5,000 each, the Bank of England has claimed.

The Bank said it could keep trying different things but it was simply delaying the inevitable admission that this economy does not work anymore and we need to get another one.

“As of this moment there is no economy. It’s over. ‘But, what should we do now?’ we hear you say.

“Well, what about, right, we cancel all the debts and all the savings and shit and we just say, ‘okay, blank sheet of paper’?

“Then, right, everyone gets five grand a piece to spend on whatever they want.”

The spokesman added: “Within a few weeks the people who are selling the best stuff will have more money so we’ll know it’s working and then we can just take it from there.”

Economists said the idea had some merit, insisting the ad-hoc construction of a new global financial system did seem a lot easier than negotiating with Germans.

Asked how a universal ‘starting wealth’ of £5,000 would affect inflation and interest rates in the new economy, the Bank said it did not have the ‘faintest fucking clue’.