Third of UK inaccessible due to undetonated fireworks

MORE than 30 per cent of the country is off-limits because of fireworks that did not go off.

The fireworks, which range from an ASDA Eyjafjallajokull to a 256-shot Tsar Bomba, have issued nothing more than a wisp of smoke in the last eight hours.

Chief fire officer Norman Steele said: “Each fireman swears a sacred oath to the Firework Code each morning, repeating ‘Never, ever go back to a lit firework’ in unison.

“Not even if you’re wearing protective equipment and carrying a massive hose, not even when it’s been soaked with 240,000 gallons of water. Never.

“We’ve proposed a joint project with the Atomic Energy Authority to entomb them in concrete, but until that’s finalised the public must continue to stand well back.”

Amateur firework display organiser Tom Booker said: “The standard safe distance is 25ft, so I can’t use my own garden now.

“In fact the garden’s only 12ft long so actually I can’t use the rear half of my house.”

Small businesses 'must be run by stressed-out lunatics' 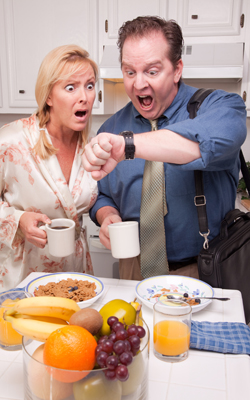 ALL small firms must be run by total maniacs heading for a coronary, according to a new EU ruling.

In order to standardise practice across Europe, small firms will now only be run by people with obvious personality disorders, ideally helped by their equally mad partners, who, weirdly, are also their employees.

An EU spokesman said: By 2015 we hope all local enterprises will be helmed by a red-faced loony called Ron or Jayne who is about to die due to stress resulting from self-created problems with suppliers or sub-contractors.

They should have no grasp of how to run a business in a professional way, for example by putting their 17-year-old daughter in charge of sales and marketing when shes on holiday from her drama degree.

Whether its a firm that makes caravan tow-bars or an obscure brand of extra-size lingerie, small business owners must also have incredibly weird opinions that you will only find out about during an awful Christmas party.

It might be that David Cameron is a socialist, or that the Royal family are secret Jews.

The new regulations will also require that small business people randomly flip out over things that do not matter to sane people, such as employees using too much toilet paper.

Small businessman Roy Hobbs said: The stress of running my dysfunctional triple-glazing firm has just caused my left eyeball to pop out, so can one of you useless bastards call an ambulance?