A MAN who looks like he travelled here in a brass time machine actually works in marketing, it has been confirmed.

34-year-old Tom Booker’s handlebar moustache and bygone era clothing convinced onlookers that he was a trans-dimensional voyager from the past who had recently been chased by morlocks.

However Booker said: “This is just how I like to dress, but people keep asking me what it was like living in England at the height of its imperial power and whether I left a sweetheart behind.

“Why can’t they just fucking leave me alone?

“Well not totally leave me alone. I do want to attract attention. Just in a different way.”

Babies cry out of spite 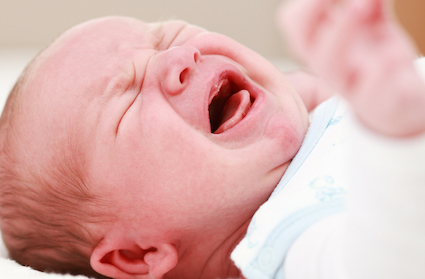 INFANTS cry at night because they are little bastards, according to new research.

Cameras in nurseries showed that babies timed their bawling to coincide with parents opening a bottle of wine or initiating sexual intercourse for the first time in three months.

Eight-month-old Kyle Stephenson said: “If they think they can cast me aside with no entertainment but a Barney mobile, they’re sorely mistaken.

“And I’m perfectly capable of going to the toilet myself but just enjoy the disgusted look on their stupid faces when they’re dealing with my pungent bodily waste.”

Professor Henry Brubaker of the Institute For Studies said: “We asked parents to point at their crying baby and say ‘Enough of this shit, I know your game and it won’t work’. 90 per cent of the time the infant would simply shrug and go back to sleep.”

But Stephenson warned: “I think I can feel a tooth coming through so they may as well bin that House of Cards box set they’ve just bought.”