Toddlers into making their parents look like lying w**kers

TODDLERS have confirmed that refusing to do the clever thing they have been doing all week so their parents look like liars is their favourite game.

Children aged between one and three admitted that they often only learn new skills in order to deny having them when asked.

Two-year-old Bradley Ryan said: “I stacked my blocks in a tower. Mummy was so pleased that I knew it’d be great fun not to, later.

“Sure enough, once Daddy came home she laid out all the blocks and I chewed one, threw another and showed no hint of understanding that they could even go on top of each other.  He went upstairs muttering ‘lying cow’.”

Mum of an two-and-a-half-year-old Nikki Hollis said: “Josh has been reciting the whole alphabet all week but when I took him to playgroup, nothing.

“He just looked at me uncomprehendingly, stuck a toy car up his nose and started shouting ‘poobum’ again. What is the point?”

Josh Hollis said: “In the car home I’m reciting it backwards. Just to spite her.” 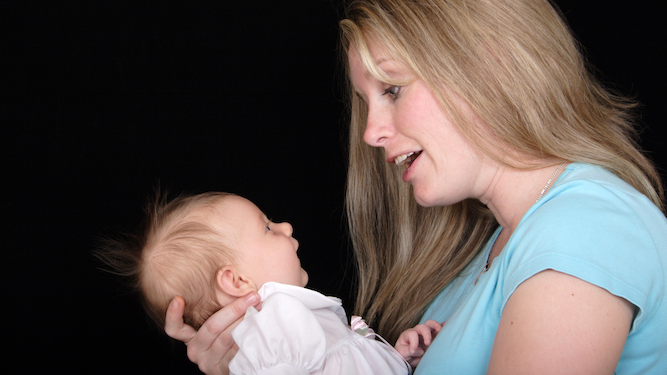 A WOMAN is addressing a baby with questions that can only be answered by the baby’s mother.

Mary Fisher has asked six-month-old Tom Logan if he has been to the park, if he went on the swings and if he had a lovely time even though he is manifestly incapable of replying.

Mother Kate Logan said: “I had to answer. Obviously. But even though I explained that he can’t go on the swings because he’s not yet able to support his neck, in quite an adult manner, she carried on talking to him.

“In her baby voice, she said, ‘I bet you’re tired now aren’t you, little cutie? And are you on your way home?’ before once again waiting for me to reply.

“I mean I’m at home with him all day. I wouldn’t mind a bit of adult conversation. But instead we go through this rigmarole.

“I might learn to throw my voice, then I can use him like a ventriloquist’s dummy and talk to her directly. That’ll sh*t her up.”