ANYTHING described as totally legal is always the wrong thing to do, it has emerged.

Researchers highlighted tax avoidance schemes, sex with 16-year-olds and killing a Scotsman with a bow and arrow in York as examples of legal yet highly dubious behaviour.

Professor Henry Brubaker of the Institute for Studies said: There is this weird category of things which the law reckons are fine but on consideration you have to say ‘Fuck the law, you shouldn’t be doing that.’

In each case the person suggesting the wrong action will casually emphasise how it is ‘totally legal’. That is your trigger phrase, where you know you are being presented with a clear choice between good or evil.”

26-year-old Tom Booker said: We were going on holiday to America so we had the cat put down to save paying for a boarding kennel. Totally legal.

I know it is wrong, but that is not the point. You don’t go to prison just for doing something wrong.”

Pinch and punch to be rigidly enforced 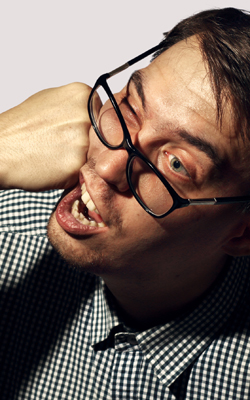 OFFICIALS will enforce ‘pinch, punch, first of the month’ tomorrow, it has been confirmed.

Blows may be administered to arm or face

The date-based mild assault was made law in an 1835 act that also confirmed a person smelling it must prove in a court of law that they had not in fact dealt it.

However the rule fell into disuse after Queen Victoria was spontaneously pinch-punched in bed by Prince Albert, prompting the famous phrase We are not amused by an ill-timed dead arm.

Pinching co-ordinator Roy Hobbs said: It’s a zero-hours contract due to the nature of the work but at least it gets me out of the house, meeting people then pinching them as hard as I can before running off.

The job centre said it’d look good on my CV.

Workers may opt out of public pinch-punching by completing a self-assessment form stating that they have been punched at home and supplying a photograph of fresh bruising.

Hobbs said: Hold out your arm. Feel that? That’s practice, that. I’ll see you tomorrow.