A PASSENGER on a busy train is acting like her bags are not on the seat next to her.

Businesswoman Nikki Hollis is staring straight ahead, pretending to be thinking important thoughts, while fellow travellers wander up and down the aisle looking for seats.

“She’ll move her shit when asked, and pretend to be fine with it, she’s just hoping the bags act as enough of a deterrent that she gets two seats. But it’s a high-stakes game that could result in getting told off by the conductor.

“And if you get told off by the conductor, you might as well be dead.”

New record sees woman make it to 9.05am before hearing word 'Brexit' 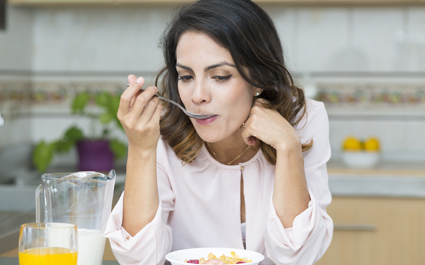 A WOMAN set a new record today by not hearing anyone say ‘Brexit’ for almost two hours after waking.

Mary Fisher forgot to turn the radio on after getting up at 7.30am and opted to listen to music on her commute, thus avoiding the B-word for a euphoric 95 minutes.

She said: “It was like the good old days. I was able to fret about health issues and work concerns, rather than the performance of the pound.”

However, Fisher’s bliss was shattered upon her arrival at work, when a colleague said: “Fucking Brexit. Have you seen what’s happening with Heineken?”

Foreign secretary Boris Johnson currently holds the national record for not hearing the term, only ending a five-day streak earlier this week while listening to an angry voicemail from Theresa May.