A MAN on a tube train has established himself as a powerful and sexually successful individual by spreading his legs quite far apart.

Phone shop manager Martin Bishop, 46, got on at Goodge Street and splayed his legs at a 160 degree angle, giving lucky passengers a fine view of his manly groin.

Commuter Donna Sheridan said: “I realised I was in the presence of a leader of men, perhaps a billionaire or an army officer loved by his troops for leading from the front.

“As a woman I was immediately seduced by his masterful display of animal dominance. I’m a pretty staunch feminist but I just wanted to drape myself over him like a Playboy Bunny.

City worker Tom Logan said: “I earn 200k and I’m pretty buff from all the sport I do, but it was clear to me this powerful alpha male was my superior in every way.

“I had an urge to say ‘Lead me, o my King, and I will follow!’, but unfortunately he got off at Tufnell Park.”

Absolute arse telling people 'its' should be spelt 'it's' 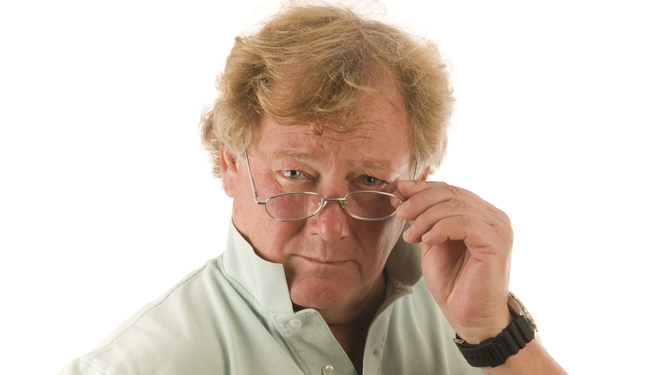 A POMPOUS idiot is encouraging other people to adopt his horrendous punctuation, it has emerged.

Retired engineer Norman Steele insists on ‘correcting’ others both online and in real life, while strangely believing he is one of the few properly educated people left in Britain.

Steele said: “In the sentence ‘The dog ate it’s dinner’ the dinner belongs to the dog so it should be ‘it’s’ with a possessive apostrophe. Schoolboy errors like that just make you look like an idiot.

“I blame primary schools where it’s all transgender lessons and Marxism these days. How are those children going to learn how to digest facts and reach an informed opinion?

“People who can’t spell ‘it’s’ are everywhere on the internet. They keep saying I’m the one who’s wrong but that just makes me laugh at their lack of education. Ignorance truly is bliss.”

Internet user Emma Bradford said: “Some twat on the Guardian website wouldn’t accept ‘its’ doesn’t have an apostrophe, even when I pointed out I was a professional proofreader.

“But then again he was arguing that 12-year-olds should do National Service.”