Tube to introduce ‘racists only’ carriages

LONDON Underground is to introduce special carriages where racists can share their hatred on the way to work.

The carriages will provide bigoted passengers with their own space in which to shout incoherently about blacks committing all the crime, how all white women are whores, or the Jews controlling the weather.

“A few years ago racism was seen as the preserve of BNP thugs, but nowadays you’re just as likely to see a black woman shouting abuse at a Ukrainian man, or an Indian man telling a Somali refugee to go back to where he came from.

“It’s what makes London such a vibrant and cosmopolitan city.”

The new carriages will be fitted with alcoholic drinks dispensers to aid the incoherence of the diatribes, while video screens will display racist-friendly content, ranging from the Nuremberg rallies to scientifically unsound black supremacism.

Office manager Nikki Hollis said: “Normally I’d have to wait until I got home before I could start spewing racist bile on Stormfront.

“But now I can just hop on the tube and start shouting about how the Muslims are taking over but I’m white British and proud so you can all just FUCK OFF!”

NHS to export death in a corridor 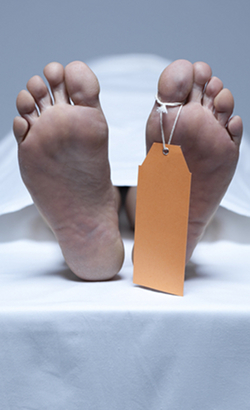 MARKETING consultants are to sell NHS neglect to foreign countries.

Hospital chiefs have been told to generate income by offering their brand of wholesale mismanagement to third-world countries who wastefully allow their citizens to die at home for free.

An NHS spokesman said: “The basic package is a six-month wait to meet a consultant who tells you to lose weight, stop smoking and get out of his office.

The deluxe service includes a mixed-sex ward, contracting MRSA in your forties and having money stolen from your purse in a nursing home just before you die.

Slogans to market the NHS abroad include ‘From the cradle in a broom cupboard to the negligent grave’ and ‘Your life in our hands, which weve possibly washed’.

A corporate video has also been produced by the team behind Eastenders, showing potential investors the profitability of running a ward with one terrified medical intern, two exhausted nurses doing 18-hour shifts and a bemused Nigerian cleaner occasionally drafted in to wield a catheter.

The main market is expected to be the third world parts of United States among poor people who refuse to accept sub-standard health care for free.

“Now, how much to amputate my good leg?”