AN irredeemable bastard has yet to realise that the reason he has fond memories of school is because he bullied everyone else.

Jack Browne, a personal trainer who enjoys nights out with the lads and fighting in pub car parks, regularly recounts stories from his secondary school years that are not drenched in anxiety and misery.

Browne said: “School was great. I never know what people are talking about when they say they had a miserable time. I had such a laugh with the other kids, giving them noogies and playfully threatening to kick their heads in.

“I had loads of friends, I was captain of the football team and teachers loved me. Can’t wait for the ten year reunion next year. I expect I’ll jokingly attempt to push someone out of a window, like in the good old days.”

James Bates, who was in the same class as Jack from Years 7 to 11, said: “Jack was a massive bellend. He used to pin me down and fart in my face. I still can’t look at a school tie without having flashbacks.”

Browne said: “James who? I don’t remember the guy, unfortunately. Wish him well, though. Is he still fat?” 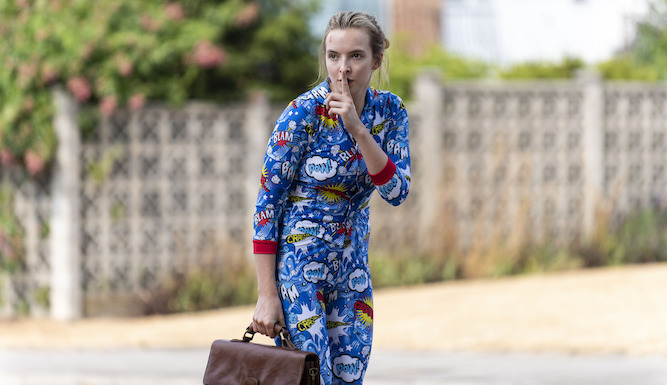 DO you keep watching things because gushing critics recommend them? Then you were probably disappointed by these:

Perfect if you want a weirdly unrealistic, middle-class spy drama. It appears a lot of people did, or perhaps they just fancied Jodie Comer in her jim jams. Maybe Phoebe Waller-Bridge could improve Tinker Tailor Soldier Spy with some mildly amusing lines about childcare?

Hailed as a grittier, war film version of the Star Wars franchise, what weary critics probably meant was ‘not as shit as the other new ones’. Everyone dies in order to not f**k up the story continuity, and don’t forget to have nightmares about CGI Carrie Fisher.

A hard-edged, contemporary drama about Islamic fundamentalist terrorism. For the first 30 minutes. Then it dissolves into a mush of stereotypical police thriller stuff fronted by a monosyllabic Scotsman. However if you only tuned in to watch Keeley Hawes wanking you have no one to blame but yourself.

Incredibly well-received, artsy horror movie with the slight drawback that bugger all interesting happens, except a child getting decapitated by a telegraph pole. When that’s the highlight you’ll feel a bit weird discussing it in the pub.

Basically about some kids and a monster, but heavily referencing 80s culture, in particular Steven Spielberg. Not dreadful, but like making a film about a giant shark menacing a policeman, a marine biologist and a salty old seadog and calling it ‘a fresh new take on Jaws‘.

A notable second entry for Ms Waller-Bridge. In the Fleabag universe every character is a hateful, annoying, middle-class twat, which might explain why the Guardian loved it so much.