The fast track qualifications would be available for most arts-based courses provided students could demonstrate a sufficient level of misplaced elitist arrogance and unemployability.

But a spokesman for the National Union of Students said: “As it is, three years is barely enough time to stick up your Klimt posters, buy some bongos and annoy the piss out of everyone in your local pub.

“Between making Â£2 purchases with a credit card and walking around looking like a Frenchman, the average student is already struggling to complete its annual seven hours of coursework.”

The spokesman stressed that American degree courses typically last four years, though admitted two of those years are taken up by panty raids and sexual harassment cases.

Many lecturers also oppose the accelerated degree courses, insisting two years is not enough time to teach an impressionable 19 year-old girl the ways of the bedroom.

Wayne Hayes, a 52-year-old Media Studies lecturer, said: “I have quite deliberately structured the three-year degree course to slowly ingrain into the female student’s consciousness the idea that a middle aged penis belonging to an unhappily married Bob Dylan fan is an essential rite of passage.

“Two years would barely get my fingers wet, even from one of the ugly ones in the stripey tights and the bits of metal in their face.” 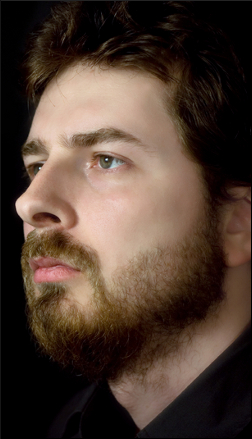 ISRAEL’S attack on a Palestinian aid ship will make it easier for Guardian readers to sound as if they know what they are talking about, it was claimed last night.

Experts warned Tel Aviv that every time it launches a seemingly unprovoked or disproportionate attack it allows at least 10,000 cretins to say something at a dinner party that everyone then agrees with.

Dr Martin Bishop, of the Institute for Studies, said: “Benjamin Netanyahu has to realise that his aggressive stance towards Hamas and Hezbollah is playing into the hands of some of the worst people in the world.

“I simply cannot sit through another dinner party with some speccie fucker spouting off about Israel while all the single, attractive women around the table stare at him like he was Martin Luther King.

“Meanwhile I’m sitting there knowing it’s actually a tad more complicated and that the Israelis are dealing with people who will not rest until it they’ve all been wiped from the face of the Earth and if it was us then we might just get a bit jumpy too, particularly if someone had tried to do it before.

“But if I come out and say that then this vegetarian ponce is going to accuse me of wanting to make a fancy cocktail with the blood of Palestinian babies and there goes any chance I may have of picking off the drunkest woman from the pack.

“If they could just protect their borders against exploding maniacs with a little more tact then that would help me enormously in my quest for a really good blow job.”

But Julian Cook, a grade six Guardian reader from Highbury, said: “There’s a fascinating piece by Jonathan Freedland which sums up my feelings exactly – and he’s Jewish so that means I must be right. At least I think he’s Jewish. He certainly looks like a Jew.”

And Helen Archer, a social worker from Finsbury Park who keeps a photo of Polly Toynbee in her purse, added: “Israel are acting like Nazis – there, I said it.”

Meanwhile, Mr Netanyahu has refused to apologise for the the attack and instead staged a press conference where he accused a two month old kitten of giving him a funny look, before tossing it casually under a passing steamroller.