UK Police Holding Out For A Hero

UK police chiefs have decided that if they let crime get bad enough some sort of masked hero is bound to intervene.

As figures revealed the police are increasingly behaving as if they are scared to leave the station, senior officers have formally declared their intention to let gangs, crooks and punks rule the streets while honest, law-abiding citizens cower in their homes, thereby creating the ideal conditions for superhero activity.

Chief Inspector of Constabulary, Sir Roy Hobbs, said: “The more like a Gotham City or Mega City One-type dystopia Britain’s cities become, the more likely it is that a flamboyant vigilante will sort it all out.

“Such a hero would, most importantly, be working on an unpaid basis. So they wouldn’t cost the taxpayer a penny in these straightened times.

“If we just let the criminals get on with it, sooner or later they’ll murder the right person’s parents and that person will create an effective alter ego, probably themed around some sort of animal that frightened them as a child.

“We’ve bought a big spotlight and a special phone.”

However Professor Henry Brubaker, of the Institute for Studies, believes modern Britain is a less than ideal context for super-heroic activity. He said: “For starters there’s no quality villains. It’s mainly just dickheads and drunk people.”

Householder Tom Logan thought about becoming a masked vigilante after some local teenager drove a stolen Twingo into his porch. He said: “The police didn’t want to know. I thought, enough’s enough.

“I decided that I was going to call my alter-ego ‘The Horse’, becauses horses are strong and powerful and easy to draw in silhouette, with is good for costumes.

“I designed the logo but that’s as far as I got. Since then I’ve been a bit busy at work.” 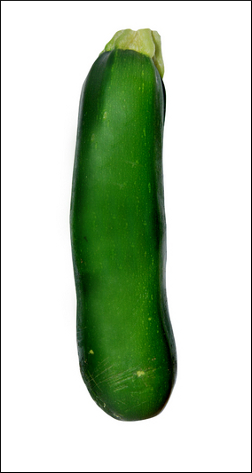 THE president of Iran last night fought off an angry United Nations General Assembly using nothing but a medium sized courgette.

The UN turned on Mahmoud Ahmadinejad shortly after he accused Legally Blonde star Reese Witherspoon of orchestrating the 9-11 terror attacks, forcing him to pull out his favourite nine-incher.

As the global body snarled at the controversial leader, he brandished the courgette shouting: “Back! Back! Everybody be cool.”

The UN then went silent for a moment before the Peruvian ambassador lunged at Ahmadinejad, forcing the Iranian to throw his courgette at the assailant’s head, striking him squarely between the eyes and knocking him out cold.

The rest of the terrified General Assembly then crowded into the corner of the hall, while Ahmadinejad picked up his courgette, pretended to throw it one more time and then ran from the room, waving the summer squash above his head.

He said last night: “I am living in dangerous times so I always carry a fresh courgette with me wherever I go.

“It is not picked up by the security x-rays or metal detectors but, as I was being forced to demonstrate tonight, it is potentially deadly.

“I grew this courgette for only peaceful, civilian purposes, but I tell you now – if you make me I will bury the Israelites under a mountain of courgettes. And maybe an aubergine.

“And don’t think I can’t. Half a dozen courgette plants and by mid August you’re awash with the bloody things. I make fritters and a slightly different version of moussaka, but inevitably I end up giving loads away to friends. I refuse to throw them out. It’s such a total waste.”

He added: “Did you know that Reese Witherspoon also started the Great Fire of London?”