STUDENTS returning home for Christmas may have become pretentious twats with silly clothes and provocative beliefs, universities have warned.

Parents have been advised to prepare themselves for upsetting changes in their children, such as becoming a generic ‘alternative’ person who totes around a set of bongos.

University welfare officer Julian Cook said: “We regret that your beloved son, who lived for Call of Duty, may return with beads in his hair and declare himself pansexual.

“There is also a strong risk that your daughter will have ended her relationship with Tim, who is nice, and will instead claim she is a creative genius putting on an Edinburgh show called Death by Toastie.

“Your first instinct will be to blame drugs. It is not drugs, or not only drugs. Sadly, your children have succumbed to the intoxicating effects of too much freedom.

“During this period you may have to argue about why heroin should be not only legal but free over your Christmas dinner, but the worst of it should have faded by summer, replaced with the more powerful conviction that their housemates are twats.”

Christmas will involve dressing up as a goose, Harry warns Meghan 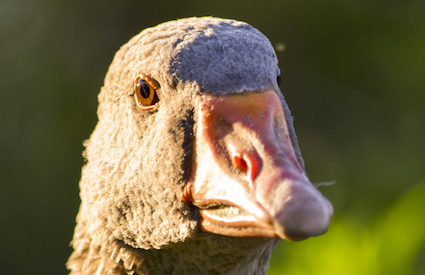 PRINCE HARRY has warned his fiancée that Christmas will be unusual.

As it was confirmed that Meghan Markle will join the Royal Family for a ‘traditional’ Christmas at Sandringham, the Prince outlined what ‘traditional’ will actually mean.

A Palace source said: “On Christmas Eve they go to the goose-shaped Temple in the grounds of Sandringham where they all dress up as geese and pay homage to the Goose Lord. It’s mostly just flapping their arms and honking.

“Then it’s back to the house for mulled wine and a staring competition. The Queen always wins.

“At about 4am on Christmas morning they gather in the great hall where a servant will be dressed as Santa Claus. They all beat him senseless with freshly cut branches while singing Once in Royal David’s City.”

The source added: “After a traditional breakfast of raw goose eggs they go to church and look normal for about half an hour.

“Then it’s back to the house for presents – they give each other a large, beautifully wrapped but incredibly angry goose. Harry will tell Megan exactly when she has to run from the room.

“After roasted goose with all the trimmings they get changed into their pyjamas and watch a film called Fly Away Home.