Using 'are' instead of 'our', and other signs British education is f**ked

THE weird habit of writing ‘are’ instead of ‘our’ suggests many Brits are being failed by the education system. Here are some other worrying signs.

Something has gone badly wrong here. These are two entirely different words. You wouldn’t say ‘I’d like to learn to ride a hearse’. It’s basically phonetic written English, in which case soon expect work emails like: ‘Meating at 12pm but there will be sand wedges layed on.’

A very confused understanding of history and/or politics

Non-historians aren’t expected to know the exact start date of the Chartist movement, but it’s handy to know basic facts like: England had a civil war, Jacob Rees-Mogg is not the prime minister, and there is a vanishingly small chance of Hitler still being alive in Buenos Aires.

Unless you’re a bit weird and love sums, a calculator is best for totting up figures. However reports abound of pupils doing things like adding 27 to 151, accidentally adding a zero to the latter and thinking 1,537 is correct.

Strangely creative in some ways, eg. ‘Deaf as a door handle’, but still wrong. Eventually all metaphorical cliches will be mangled to death, with people saying things like: ‘He’s the fly in the oinkment, with brass nobs on.’

Unsupported opinions are not an argument

Even GCSEs require you to support your arguments, so you’d think people might have taken this on board. Nah. As Brexit Britain has proved, if you’ve imagined we subsidise the EU – which makes all our laws – that’s a FACT.

A general love of stupid crap

Love Island, Daily Mail comments, getting heavily into debt with online bingo – Brits do love moronic things. Although all of these are pretty erudite compared to the average episode of BBC Question Time at the moment.

Five songs better for celebrating the UK than 'One Britain, One Nation' 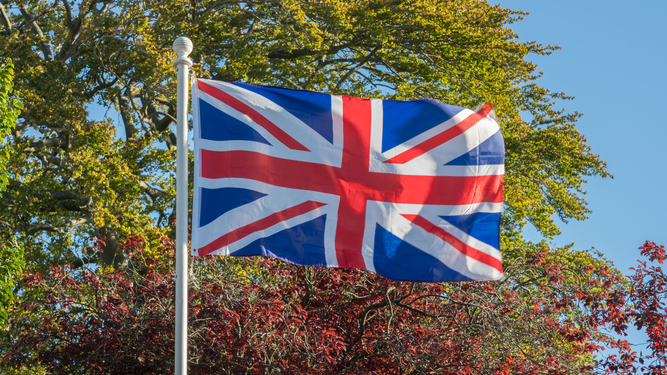 CHILDREN across the UK are being encouraged to celebrate One Britain One Nation day by singing a creepy patriotic dirge. What would be a more appropriate choice?

‘The people getting angry’, ‘All the clubs have been closed down’, ‘No job to be found’. Whether it’s the result of Covid, Brexit or both, the lyrics of this hit from 1981 are highly applicable to our current situation.

Everything is Awesome, The Lego Movie

Just like the One Nation, One Britain song, this track is chock full of vacuous crap about how brilliant it is to mindlessly believe everything is wonderful. The big difference though is that the Lego song is actually catchy and also has a large dollop of sarcasm baked in.

Now that we’re out of the EU, we should reclaim our Eurovision songs, the best of which is this mighty anthem from 1997. Also, Gina G is Australian, which might firm up the trade deal Boris Johnson has been so obsessed with.

Stuck in the Middle With You,  Stealers Wheel

The lyrics ‘Trying to make some sense of it all, but I see it makes no sense at all’ and ‘Clowns to the left of me, jokers to the right’ are the perfect way to introduce small children to our current political shit show. It’s also got a tune, which is good in a song.

Given that a miserable, hyper-patriotic turd of a song celebrating the wonder of Britain already exists, why not use it instead? Stuff like ‘How shall we extol thee, who are born of thee’ is incredibly pompous, but still better than ‘Strong Britain, great nation’ repeated four times.