A VEGETARIAN has been burnt at the stake in a steak house before being served up to meat hungry customers.

Nikki Hollis and friend Emma Bradford went into the Really Hot Steak House in Swindon last night but when Hollis asked about vegetarian the waiter smiled and said he would be ‘right back’.

Bradford said: “I thought he was going to get a special menu for us. But then he brought out a stake and tied Nikki to it.

“I couldn’t do anything to stop it. It was meat-crazed mob justice.”

She added: “I will be leaving a 2 out of 5 review on Tripadvisor.”

Fellow diner, Donna Sheridan, said: “The whole thing was disgusting. They should have put her on a massive griddle.”

We knew about Jimmy Savile all along, admits entire UK population 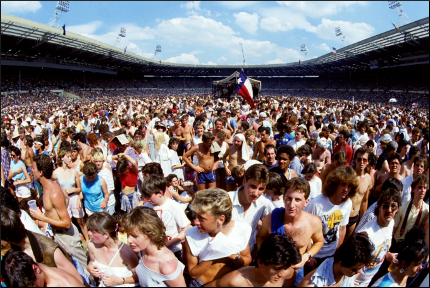 EVERY man, woman and child in the UK knew that Jimmy Savile was a sexual predator for 30 years, it has emerged.

64.1 million people have admitted that they were fully aware of the late TV presenter’s crimes but did not say anything because of a culture of fear.

Emma Bradford of Colchester said: “It used to horrify me when I saw him on the telly, but I was afraid to speak out because my brother and mum and dad really liked him.

“Little did I know that they were equally disgusted and afraid to say anything, as were the neighbours, and the entire street, and in fact everyone in the country.

“I’ve resigned from my position as an administration assistant because of my complicity in the scandal, and I expect everyone else to do the same.”

Norman Steele of Scarborough said: “I actually queued up to write fake sentiments in his condolence book, along with 4,000 other people whose stomachs were churning at the hypocrisy of their own actions.

“I mean you only had to look at him to know he was a wrong ‘un, but still I continued with my sickening charade.

“Hanging’s too good for me, and for everyone else. They should lock us all up and throw away the key.”