MARKETING executives at a snack foods company have decided that today’s two-minute silence does not apply to them.

Senior staff at the makers of ‘Cheddar Tasties’ have decided that the importance of coming up with a new slogan for their product overrides the traditional Armistice Day silence.

Company director Tom Booker said: “We’ve got a marketing consultant arriving from Dublin at 11am, to discuss whether the poster strapline should be ’They’re cheesalicious!’ or ‘Low calorie cheesiness with a surprising crunch’.

“There’s also going to be me, two other top regional executives and Helen Archer from leading snack foods distributor JBT who is frankly a nightmare to get hold of. The meeting room is booked with tea, coffee and a quality biscuit selection.

“Sorry but I think you’ll agree we can’t take 120 seconds out of that to think about other stuff. I might be halfway through writing the words ’Cheese tang’ on a whiteboard.”

Marketing manager Nikki Hollis said: “Days like this are a good opportunity to consider important things, which in this case is how to sell Cheddar Tasties to 18-25 year-olds.” 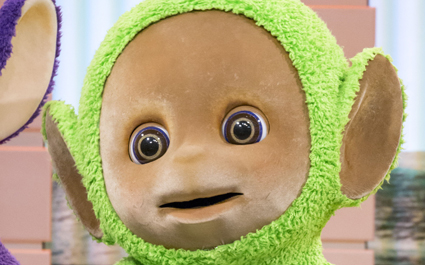 THE new series of Teletubbies is an insult to those who have kept its memory all these years, it has been claimed.

The series, which debuted on CBeebies yesterday, has been criticised by hardcore fans as a needless reboot that completely ignored the continuity of the Teletubbies extended universe.

Nathan Muir, who runs the Eh-Oh fan fiction community, said: “I was expecting the new shows to be along the lines of Star Trek: The Next Generation, respectfully acknowledging the original series while also going in their own direction.

“Instead they’ve started again on a new set with the same characters with no indication of whether they’re the descendants of the originals or this is an alternate timeline or what.

“Is it still canon that Tinky Winky’s gay? Have the fan theories about Noo-Noo causing the destruction of the original Tubbytronic Superdome even been acknowledged?

“Instead it’s all cheap CGI and storylines aimed at children, instead of the adult fans who’ve been petitioning for the show’s return for 14 years.”

Muir has launched a petition demanding a spin-off series showing the dark, dystopian universe of the original series once the sun disappeared forever.

He added: “I’m thinking first TV, establish the audience, then a connected universe of big-budget movies like the Marvel ones.

“The source material’s certainly rich enough. All life’s in there.”