A RESTAURANT noted for its ‘vibrant’ and ‘bustling’ atmosphere is really just a wretched hellhole of noise and heat, it has emerged.

The mildly fashionable Italian restaurant Pizza Fila would be considered an utterly horrible environment if it did not serve ‘authentic’ pizzas with big clumps of leaves on top.

Recent customer Donna Sheridan said: “The first thing that hits you is the deafening noise, which would be illegal if it was a factory or building site.

“It’s also incredibly crowded and hot so your evening consists of a stranger shouting in your face while you become dangerously dehydrated, like one of the punishment scenes in The Bridge On the River Kwai.

“The worst thing is the other customers, though. They’re pretending to enjoy themselves, but you can see from the despair in their eyes that they just want the suffering to end.”

Pizza Fila’s owner, Stephen Malley, said: “The more unpleasant it is, the more customers we seem to get, so I’m thinking of putting the toilets in the dining area and installing UV lights to give them sunburn.”

However Malley admitted he was concerned about losing business to a nearby seafood restaurant where the maitre d’ punches customers in the back of the head.

Bigotry not a legitimate thing to be proud of 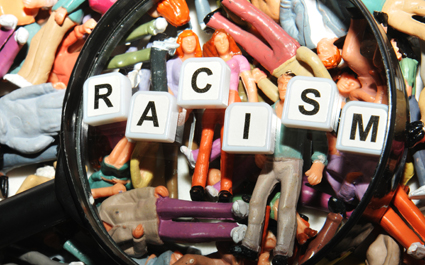 HAVING a racist attitude is not something you can reasonably boast about, it has been confirmed.

Professor Henry Brubaker of the Institute for Studies said: “More and more racists seem to be inexplicably proud of their hate-based mindset.

“But if you look at the things that should be sources of pride, most of them are quite difficult to achieve or involve some level of bravery, whereas being a racist is really easy.

“It’s not like you’ve done some research that will be instrumental in eradicating terminal illness, rescued someone from a burning building or even flown a fighter plane in World War II to stop the racists winning.”

Former racist Stephen Malley said: “I used to go around waving banners and acting hard, because I thought racism was something people really looked up to.

“I was never really into the racism anyway, it was more the social side, but all my new friends turned out to be dicks.

“Now I am a nurse and weirdly people do sometimes look at me the way I had always hoped.”