A MAN who thinks people expressing opinions about their values is a bad thing is wearing a great big poppy no one can fail to see.

Jack Browne believes anyone who makes public statements in favour of good causes is only doing it to make themselves look good, whilst having a large public statement pinned to his chest.

Browne said: “Snowflakes who are into worthy causes are only doing it for their own egos. It’s just moral grandstanding, unlike me and my ginormous poppy, which is completely different.

“I don’t actually do anything for old soldiers apart from pay 50p for a poppy. Unless you count getting quite aggressive about people not wearing one. I’ll be watching those BBC presenters like a hawk.

“It’s not like trendy causes such as global warming. I’m wearing a poppy out of decency, concern and respect. Those environmental hippies are probably just in it for the drugs.

“Would I give a homeless veteran on the street a quid? No, that’s just virtue signalling. Like the brave men on the Normandy beaches, I’ve done my bit.”

You're going to live with nutjobs: the 30-something's guide to house shares 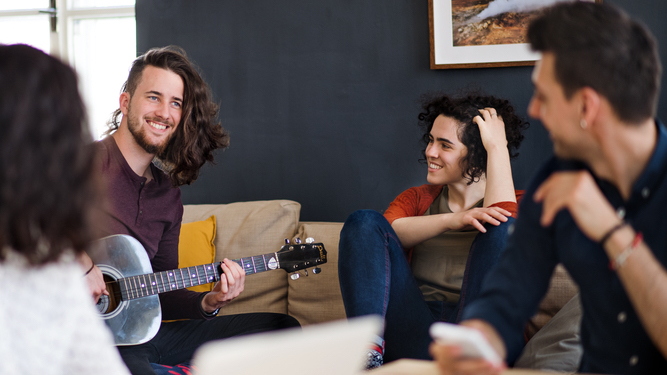 THINKING of moving into a house share because you can’t afford to live by yourself? Here’s the nightmarish living arrangement you’ve got to look forward to.

You’re going to live with nutjobs

These people haven’t found a partner to move in with for a reason. Could it be their repellent personalities, their chronic weed addiction, or their obsession with the Joe Rogan podcast? It won’t take long to find out. Don’t feel too superior though: you’re one of them now.

There’s a bullshit interview to pass

Just lie your way through it like a job interview by saying you’re really fun and laid back. Once you’re burrowed in like a tick you can gradually reveal your true, boring self and there’s nothing your housemates can do about it except move out en masse.

Say goodbye to showering in peace

The days of taking a leisurely shower until the hot water runs out will be a thing of the past. Instead you’ll have to hose yourself down in less than a minute because someone could burst in at any second to take a shit. As for running a bath, forget it.

Kitchen utensils will never be clean

You’ll hate yourself as you leave passive-aggressive notes around the sink urging people to wash up promptly. You’ll briefly suck it up and scrub everything yourself, before caving in and living on a diet of takeaways. Or, completely out of character, you’ll be driven to set up an annoying cleaning rota and make yourself a social pariah.

Learn to block out shagging noises

You’d think noise-cancelling headphones would live up to their name, but you’d be wrong. Even padding the walls and ceiling of your box room with acoustic insulation and putting on thrash metal won’t do much. Try to kid yourself that the loud rhythmic squeaking noise is actually some mice dancing a merry jig between the floorboards.