A SCHOOL headteacher has resigned after voodoo parents demanded the right to withdraw their kids from assemblies that included juju.

Julia Robinson quit her post at the Meersbrook Bank Primary School in Sheffield after parents complained of her plan to hold a single multi-faith assembly to give all the children strong mogambo.

Just over half the school's children are voodoo, a third are juju and the remainder follow a variety of faiths including Islam, Christianity and Cheesy Cheese Pringles.

A member of staff said: "Each assembly would start with a man dressed as a woman burning some incense and transforming a wafer into the flesh of Christ, after that it would calm down a bit, there would be chicken bone throwing, a goat sacrifice and the presentation of certificates for spelling.

"None of the Christian parents objected, but then again why would they?"

Papa Doc Limba, whose son Baby Doc is in Year Three, said juju was bad magic that would weaken his child's odanani and leave him vulnerable to the snake god Demballa and minor throat infections.

He said: "Christianity we like, it powerful hoodoo, Islam too, but juju? It no good. They fill big house with old bones and smoke and think if you worship there it ward off the evil eye. Mental.

"Baby Doc, him never ill before this, now most morning his head going round like corkscrew and he throw up stinky green stuff all over his mommy."

A spokesman for Sheffield City Council said: "The opposition to the multi-faith assembly took us completely by surprise as we thought it was all just irrational horseshit."

Other People's Bonuses Are Morally Wrong, Says Everyone 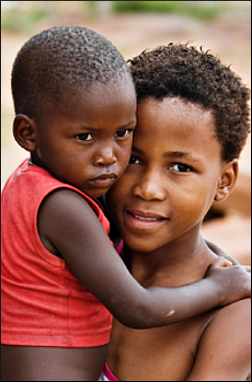 LARGE bonus payments to other people are morally wrong and should be banned, it was claimed last night.

Across Britain angry taxpayers said that if they got a six-figure bonus under the terms of their contract they would give it back straight away, yes they would.

Tom Logan, a trainee solicitor from Reading, said: "I wouldn't be able to sleep at night knowing I had been given all the money I am contractually entitled to.

"I'd just sit up in bed staring at the huge numbers in my bank statement, crying about how I really didn't deserve it and jabbing myself in the stomach with a fork."

Emma Bradford, a sales assistant from Kent, said: "If I got one of those big bonuses I'd give it all to Oxfam. Well most of it. Probably about half. Somewhere between a quarter and a third. How much is 10 percent?

"Then again a lot of that charity money just ends up in the hands of local warlords who use it to buy drugs for their guns.

"And of course the charities always make everything seem much worse than it is so we'll hand over more of our hard earned bonuses. Those people should get real jobs."

She added: "Having thought about it, 10 percent does seem a bit extravagant. Tell you what, I'll buy days of the week BMWs, a jacuzzi for my horse and a big, solid gold spoon and whatever's left I'll divide between Children in Need and those people who rescue the dancing bears."