Vow to not give toddler iPad lasts 78 seconds

TWO idealistic parents have reneged on their pledge to raise their child without screens after 78 seconds of spirited resistance.

Emma and Tom Bradford had told friends and family at length they intended for 18-month-old Ethan to grow up free from the shackles of modern technology, before realising that was utter nonsense.

Emma said: “Childhood is being stolen by glowing screens. Children need interaction with people who love them, not electronic babysitters. But we’d only had two hours’ sleep.

“So we’ve decided to compromise by allowing Ethan screen time only when we really, really need him to shut up. Which is all the time.

“It’s educational anyway, that Candy Crush. And Mummy Pig is a better mother than I’ll ever be.”

OJ Simpson to run for president 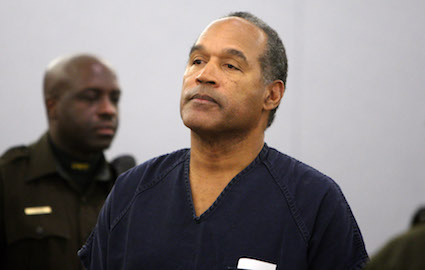 OJ SIMPSON, released from prison yesterday, has announced his intention to run for President of the United States.

The former footballer, actor and star of the ratings-busting 90s hit OJ Simpson murder case believes that, post-Trump, there are no barriers to his becoming the most powerful man in the world.

He said: “Once, it was impossible to imagine either a black man or a convicted criminal in the White House. But no more.

“I believe that becoming president would be the first step towards my rehabilitation in the eyes of the American public, who used to love OJ.

“I would campaign to Put The Juice Back Into America, or Make The Glove Fit Again, and I believe that Americans who remembered me fondly from the Naked Gun films would vote for me regardless of my unfitness for office.

“My key campaign promise would be to cover the continental US with a giant retractable roof, like football stadiums have, to protect us against North Korean missiles, global warming, sudden showers and ISIS.”

US pollster Joe Turner said: “This presidential run is insane. He will definitely win.”