Waiter who looks like Alex James 'not getting a tip'

A MAN decided not to tip a waiter purely because he looks like Blurbassist Alex James, it has emerged.

Tom Logan and his friend Norman Steele were served by Julian Cook in the Ciao! Italian restaurant in Peterborough.

Although the waiter was polite and attentive without being obtrusive, Logan decided that Cook’s resemblance to Alex James was sufficient reason to not leave a tip.

Logan said: “I know it wasn’t him and I like Blur too but something just stopped me.

“He’s probably just some student who’s probably living off his tips but he was the absolute image of Alex James. So, he must have been a knobhead to some degree.’”

Julian Cook added, “It happens all the time. The only way I’m ever getting a tip is if Alex James comes in here.”

Spanish interpreter battling to get Moyes to understand he’s sacked 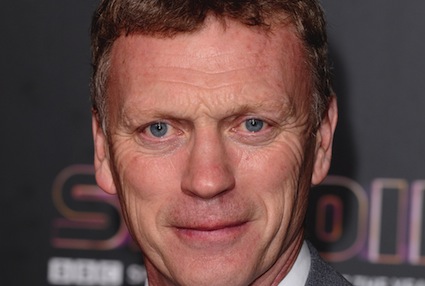 A SPANISH interpreter is finding it impossible to communicate to David Moyes that he has been fired by Real Sociedad.

The club terminated Moyes’s contract after poor results, but is struggling to convey the message to the Scottish boss who has accumulated fewer than five words of Spanish in his 12 months in the country.

Read Sociedad’s interpreter, Jorge Acosta, said: “I’ve used every English term for ‘fired’ and ‘hopeless failure’ I can come up with but Moyes seems more committed to the job than ever. He came bouncing in this morning and started laying down cones.

“I’m starting to doubt my grasp of the English language.

“We handed him a leaving card but he just kept saying that we shouldn’t have and that his birthday was in April.”

Moyes famously avoided being sacked by Manchester United for three months by putting his fingers in his ears and humming, so Real Sociedad are facing the possibility that Moyes will continue to coach the side even after a new boss is brought in.