Wales 'carrying the rest of the UK'

THE victorious British Lions with ten Welsh players is being hailed as proof that Wales is running the UK.

Welsh domination extends beyond sport  sales of albums by Charlotte Church, Tom Jones and The Stereophonics represent 90% of all UK exports.

The success of Welsh comedians like Rhod Gilbert means that three out of four times a British person laughs, it is at something a Welshman said.

Additionally leek soup, stew and cheese on toast have been hailed by scientists as the three most nutritious meals.

Welshman Roy Hobbs said: It’s not that we Welsh are anti-English  my friends and I all own holiday cottages there.

“We even have our children learn English  it’s nice they keep alive their quaint language with its curious excess of vowels, for heritage’s sake.

The weather’s rubbish in England and the people are surly, grey-faced, spacewasters but we like it when they dress up in traditional costumes and clack sticks together to entertain us.

Englishman Nathan Muir said: We’re fed up of being patronised by the Welsh  stereotyped as a bunch of Morris Dancing bulldogshaggers.

“And what about Andy Murray?”

However Hobbs said: “At the end of the day Murray is British, and for me, that makes him an honorary Welshman.

Being outside not the same as exercise 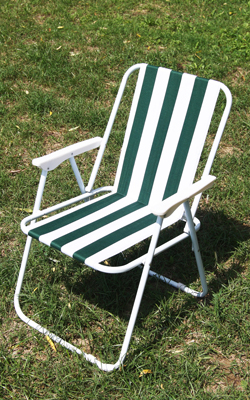 The weekend heatwave saw the nation shift itself by as much as 20 feet to an outdoor chair while convinced that fresh air would somehow reduce body fat and build muscle.

Print manager Tom Booker said: “Good for you to get outdoors, innit? We had Friday night out the back putting a case of Coronas away, Saturday was the big barbecue, and on Sunday we went for a roast in a pub beer garden.

“But how come I’ve put on a stone when I was wearing a football shirt the whole time?

Francesca Johnson of Nottingham said: I went for a walk and had to cool myself down with two white Magnums and a Cornetto Enigma. When the weather’s like this you need regular ice cream to keep you hydrated.”

For example lying under a tree eating crisps while idly hoping sexy girls in halter tops will invite you to join their rounders game make no difference at all to fitness levels.

Lathe operator Wayne Hayes said: My weekend was all sport, viewing through the living room window while I sat in the garden with a huge cardboard tub of breadcrumb-coated chicken parts.

Today I have a healthy, sweaty glow.”