War, famine, why my wife left me: five things that are the fault of trans women according to newspaper columnists

NEED a convenient scapegoat for everything wrong with society? Why not pin it all on the transgender community, like broadsheet columnists do?

The invasion of Ukraine

Forget history – it’s pretty obvious that the world’s complex geopolitical tensions could be easily solved if trans people just stopped. Putin has made it clear he was provoked into a massive land war by the unjustified cancelling of JK Rowling. And who can blame him?

Suffering in the cost-of-living crisis? It’s all down to damn trans people demanding gender-neutral hummus and multi-genital blood napkins. Children now starve at school because their lunchtime is taken up by mandatory trans worship, cleverly disguised as lessons on being kind.

If only trans people weren’t demanding announcers include non-binary genders, agender people, two-spirits and a comprehensive rundown of queer identities, trains could leave on time. But individually-pronouned tickets mean there’s no chance. Apparently it’s okay to be yourself, but not okay for me to get to Didcot Parkway on time. Double standards?

Just as trans people are taking ever-rising numbers of hormones, according to Mumsnet, inflation started spiralling. Coincidence? The economy has tanked not because of Brexit or the pandemic, but because of the terrible gender plague ravaging the land. Trust me, a qualified art history graduate, on this one.

Why my wife left

I’m a perfectly reasonable dude who only spends twenty hours a day yelling at transgender people on Twitter, so it must be their fault. They drugged her with the puberty blockers now handed out in parks like sweets and she’s being held hostage until she can think of twelve new genders. Why won’t the world listen?

We seem to remember you got fined ten grand for Covid parties, say public 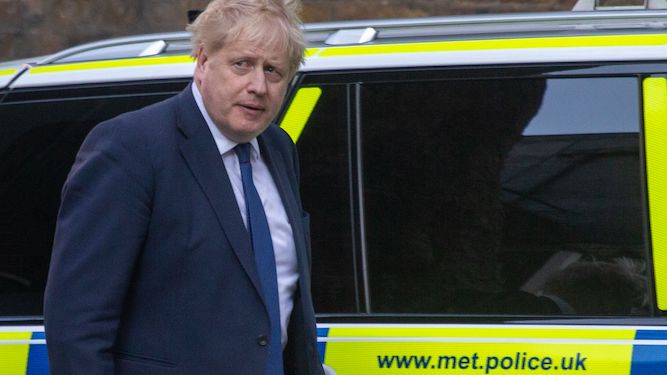 THE British public has inconveniently called to mind that people holding parties in lockdown were frequently fined £10,000, not £100.

With the Metropolitan Police ready to issue the first fines to Downing Street partygoers, Britain has reminded them that people who attended birthday parties, just to choose a random example, were handed fixed penalty notices for £10,000.

Joanna Kramer of Swindon said: “It is an awful lot, but that’s how lockdown was being policed. Without fear or favour or regard of ability to pay.

“The law was making an example of these people, you see. So it follows that anyone in an especially high-profile position who ignored the law will make an even better example to the whole country, plastered all over front pages and news bulletins.

“Issuing £100 fines to all attendees? That’s not the law as it was written, or indeed applied. These people don’t warrant special treatment. Whack the f**kers with the lot.”

Student Ryan Whittaker, who was fined the maximum amount for having a piss-up in his garage with 20 mates, agreed: “I don’t think the police should be saying I’m better or more important than anyone else. And with these fines they kind of are.

“Ten thousand each. That seems fair to me. Oh, and that’s per party.”