CHILDREN should be warned about Femail Today as soon they have access to the internet, it has been claimed.

Teachers have called for earlier education about the darkest, most demented region of the world’s leading news-style website.

Head teacher Stephen Malley said: “It takes one click and your child is on the Mail site, their curious young eyes drawn towards the right-hand column because clearly the other stuff is only there to provide a veneer of semi-respectability.

“Every parent dreads the first time their child sees a picture of someone from Baywatch who has gotten fat, accompanied by some text insinuating that they will die alone and unloved. For most youngsters it will be the first time they experience contempt for a total stranger.

“That glimpse of the web’s sordid underbelly will forever rob them of their innocence.”

Malley believes children as young as six should learn about crash diets, Miranda Kerr, bitter female rivalry and the crushing loneliness of the sexually frigid to help them understand why these things don’t matter.

Parent Mary Fisher said: “My eight-year-old son was having sleepless nights because he’s worried about showing too much side-boob at a television awards ceremony.

“I tried to explain that the people on that website aren’t real and he said, ‘you’re only saying that because you’re 12lb overweight and your man, aka Daddy, is going to leave you for Emily Ratajkowski’.” 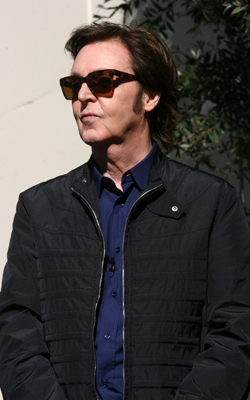 JOHN Lennons guitar has been purchased to play the hits of Paul McCartney.

The New York buyer intends to tour bars around the United States using the £269,000 instrument to play rhythm guitar parts to songs like No More Lonely Nights and The Frog Chorus.

Auction winner Tom Logan said: When Im strumming along to Silly Love Songs, I like to imagine Lennon is looking down at me from heaven screaming abuse. Then I have a bit of a laugh, flip him off and break into Spies Like Us.

Its a beautiful instrument and it shouldnt be just stuck in a glass box somewhere, it should be getting used every night to infuriate a dead Beatle.”

Auction houses have noted an increase in pop memorabilia being used to annoy dead stars, with a £350,000 Kurt Cobain guitar recently sold by somebody intending to play Extremes More Than Words on it.