SNOWBOUND workers across Britain have encountered the Jeremy Kyle Show for the very first time.

Tom Logan, a solicitor from Kent, said: “Not me, I used my laptop to get on with some important work. Probably.

“And not that I was remotely interested, but apparently today’s show was about this bloke who’s married to three sisters, two of them are his and four of the children are married to their own mothers. They’re called it ‘Help! I Think My Mum is My Wife’s Brother’s Wife!’.”

Professor Henry Brubaker, of the Institute for Studies, said: “Many people have had their first glimpse at the grotesque homunculus that lurks in the dark heart of British society.

“There will be two distinct effects. There will be those who watched it and will now be haunted by it every day for the rest of their lives but are somehow still able to function.

“And then there will be those who became instantly and catastrophically addicted and who will give up their jobs and find themselves trapped in a chaotic downward spiral that will ultimately lead to an appearance on the Jeremy Kyle Show.”

Scientists discover last baby name it's safe to laugh at 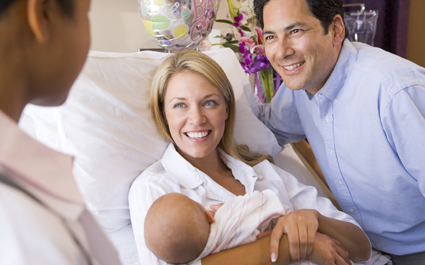 SCIENTISTS have revealed the only baby name it is still safe to laugh at.

The growth of absurd ‘original’ child naming means that many Britons feel unable to openly mock even stupid pretentious names such as Sparklehunch, Lunar Catheter or Gloucester Bus Station.

Professor Henry Brubaker from The Institute for Studies said: “It is essential that we still believe we can judge others’ poor choices, and laugh at them. There is one baby now that we can still all laugh at. And that name is Trevor.

“It’s not even a particularly stupid name. It’s just there aren’t any Trevors because the name is neither weird enough for attention-seekers or modern enough for the more populist baby namer.

New aunt Nikki Hollis said: “When my sister was pregnant I jokingly said ‘You’re not going to call her something awful like Bumalonia are you?’ and three people around the table put their glasses down and looked at me. Apparently it is Greek for ‘ray of sunshine’.

“I’m delighted there’s still one name we can all belittle.”