IN an odd move, the Winston Churchill Memorial Trust has dropped his first name because of his unacceptable views on race. But was he the greatest racist of his era? We investigate:

Described white people as ‘a higher-grade race’ than native Americans, gassed Kurds, starved Indians and waged a six-year war against our European neighbours, especially the Germans. The evidence speaks for itself.

Much-maligned figure who had the sound judgement to largely confine his political ambitions to countries populated by white people, as white people should. So harshly trolled for his views he committed suicide.

Easily-led fascist Mussolini was peer-pressured into joining World War 2 by Germany and Japan. A former pal of Churchill, he can hardly be blamed for lashing out when his feelings were hurt.

Stalin’s many genocides were admirably based on class, megalomania and paranoia, rather than squalidly focusing on race. Also played the lead role in winning WW2 and crushing those evil white supremacists the Nazis, humbly taking only most of Eastern Europe as his reward.

Ironically one of Churchill’s enemies hated black people and thought whites should run South Africa. If he and Churchill had hung out together more they would have got along famously and India would have stayed a colony, which just goes to show.

Vilified for using a racial slur on a live microphone and couldn’t even win Celebrity Big Brother in the Channel 5 era, effectively making him worse than Jim Davidson. However he was the first English manager to field three black players simultaneously, a claim Churchill can shamefully never make. 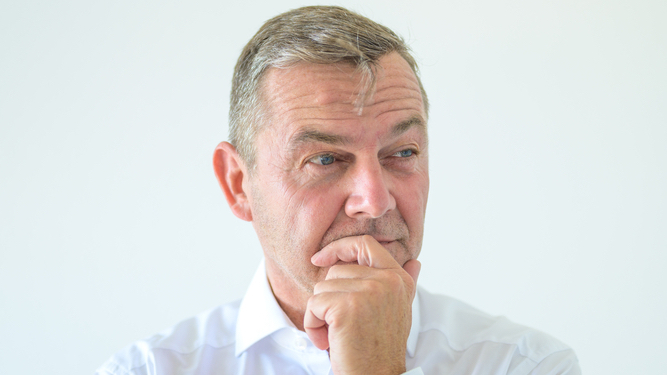 IT’S the moment you’ve been dreading – you’ve reluctantly agreed to let your 18-year-old daughter’s boyfriend ‘sleep over’. Here’s how to survive the worst night of your life.

7pm. He’s turned up and already dropped an overnight bag in her bedroom like he’s f**king moving in. They’re heading to the pub for a bit, and you find yourself guiltily hoping they have a massive row and she comes home alone and in tears wanting a hug from her dad.

7.30pm. Now they’re out of the way, sneak into her room and search her bedside drawers for condoms. Breathe a sigh of relief when you find nothing, then panic at the thought that they might not be using contraception and single-mumhood beckons, with childcare chores for you and mum.

10pm. She’s back and he’s still in tow. Force yourself to converse before realising he’s not into football. He’s also surprisingly unimpressed about how you once saw the singer from The Wonder Stuff in Sainsbury’s in 1992. Revert to pretending you’re reading something really interesting on your phone.

11pm. Here we go – they’re heading up to bed. Say your goodnights then turn the TV up to make sure you can’t hear anything – then scramble to hit the mute button every time you vaguely detect something which might have sounded like a squeaky bedspring.

Midnight. Creep up the stairs to bed, illogically trying to be as quiet as possible so as not to disturb them – even though it’s your f**king house. Happily it’s deathly quiet, so settle into bed to sleep – only to sit bolt upright when you wonder if they’ve shagged themselves into a state of total exhaustion.