PEOPLE from Wolverhampton have reassured everyone that they are perfectly happy despite their accents.

The city has been named the UK’s least prosperous place, mainly on the basis that everyone sounds pissed off.

Local resident Wayne Hayes said: “I was surprised because I told the researchers how much I loved Wolverhampton and how I had turned down job offers in London, Paris and Tokyo just to be there.

“In fact while I was with them I was told my wife had given birth to our first child. I told the researchers that I could never remember being so happy and that it was the best day of my life.

“Looking back I did think it was strange when the interviewer started crying and told me it would all be okay. I do seem to get this problem, maybe that’s why I lost that job as a motivational speaker.”

Professor Henry Brubaker of the Institute for Studies said: “Everyone we spoke to sounded like they had a cold.

“I tried to cheer them up by highlighting their city’s excellent facilities which include a 24 hour Asda.”

Couple pride themselves on quality of their rows 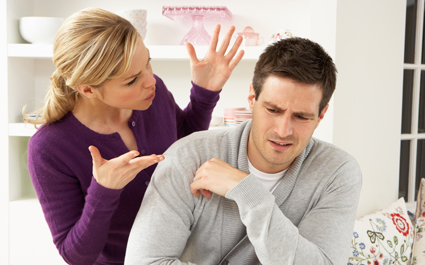 A COUPLE believe that their rows are better than other people’s arguments.

Anna and Stephen Malley of Ipswich, who average three blazing confrontations a week, look down on their friends’ mundane domestic bust-ups, preferring to tear strips off each other in a clever way.

Anna said: “When we see other couples arguing about loading the dishwasher we just roll our eyes at the sheer unsophistication of it all.

“Last week alone we had rows about the Fermi Paradox, the later films of Terrence Malick and whether Stephen’s irregular breathing is innate or deliberate. The Malick one almost split us up.

“Tidying up? Looking at other women? We moved on from those by our third date.”

Stephen Malley said: “Use your imagination, don’t just go back to the same familiar argumentative positions.

“You can use the words ‘fuck’ or ‘twat’ but don’t raise your voice or throw objects too early if you want the row to last.

“And never, ever have make-up sex. It wastes energy that is much better channelled into loathing.”