We still look up 'tits' in the dictionary, confirm schoolchildren

SECONDARY schoolchildren across the UK have confirmed that despite this modern internet age they still look up rude words in the dictionary.

The pupils admitted they go directly to the dictionary in any library lesson to look up any rude words they can think of and to hopefully learn new ones.

“Alright, should we go straight to dick or has anyone got any other ideas? Come at me from leftfield, people. Remember we found ‘defecation’ last week and we’ve certainly got the use out of that.

“Who knew tits were called ‘casabas’ until last month? We got away with shouting that across the playground for ages. Damn that Spanish teacher.” 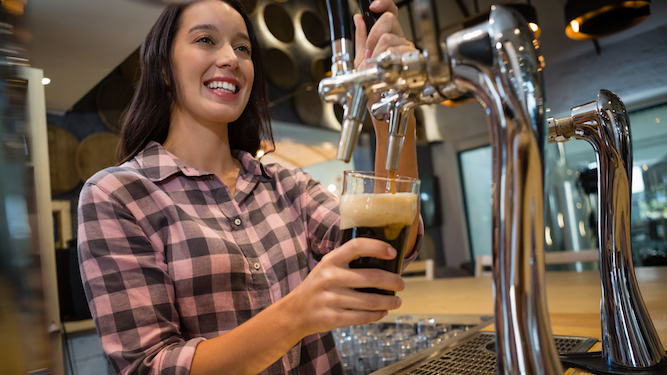 A WETHERSPOONS barmaid is looking forward to a chilled, stress-free shift this evening, she has confirmed.

Emma Bradford, aged 21, who works at The Ash Tree in Ashton-under-Lyne, is hoping she can catch up on her college reading in between occasional, polite customers.

She said: “Not much danger of a busy shift tonight. What with Eurovision and Britain’s Got Talent, I reckon most people will be staying in.

“Normally I do daytimes, which is all old blokes but they put them away. There’s always one at the bar. Yesterday it took me ten minutes to send a text.

“I managed to swap this one with Carl, who seemed really grateful to have the night off. I don’t think he’s someone who likes to be alone with his thoughts while I get overwhelmed when it’s busy, so it suits both of us.

“I’m hoping I’ll get off early because I can’t imagine they’ll be anyone in here after 10pm. That’s bedtime. You’ve basically ruined your Sunday if you’re up later than that.”

She added: “I need the work though, because I’m saving for a really relaxing, mellow and spiritual trip to Magaluf with the girls.”