A RE-OPENED theme park is promising visitors a wondrous and deeply unsettling experience.

Weird Dreamland, in Margate, offers a series of rides and amusements that will ‘penetrate your psyche and drag your subconscious kicking and screaming into the light’.

A spokesman said: “You can ride the rollercoaster shaped like your English teacher, visit the hall of mirrors that make you look like an angry spider, or just stand next to the massive, white tree that knows what you’re thinking.”

Seventy-eight year-old Margate resident Eleanor Gerving, said: “I used to go to Weird Dreamland back in the late Fifties.

“Weirdness was much weirder back then and I would always come home and sit in the cupboard under the stairs, feeling very unusual.  During the summer holidays I would go every day for a fortnight.

“But I wouldn’t recommend that because it will fuck you up.” 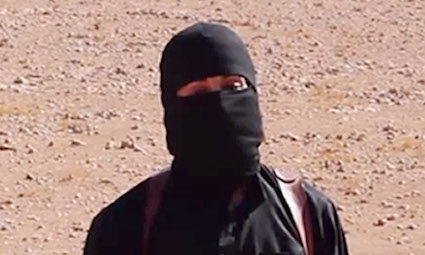 MORE than two-thirds of Britons have admitted they would quietly condone militant Islamism if it bought the house next door.

As David Cameron warns that extremist ideologies are being given credence in Britain, 70 per cent of UK residents confirmed that if they were discussed over the garden fence they would smile and nod.

Bill McKay, from Bath, said: “I hate ISIS. I think they’re murderous bastards, but what I really hate is awkwardness.

“If they moved in next door and said something about how all kaffirs and apostates must die to establish a global caliphate, I’d probably say ‘Yes, it is isn’t it, and the binmen have left the blue bin again.’

“I’m not one to judge. Him across the road keeps his car in a right state but I never say anything, so it’s no different.”

Dr Mary Fisher of Brighton said: “I did actually have ISIS next door for a few months last year and they were very polite.

“But when they had a huge bonfire of 1970s Blue Peter annuals I had to say something.

“I had my washing out. Whites.”