THE governments welfare cuts are targeted at the fictional character Frank Gallagher.

Changes to the benefits system have been rushed through after ministers assumed Channel 4 comedy drama Shameless was a documentary.

Iain Duncan Smith said: Frank Gallagher seems to think there is something amusing about his irresponsible behavior, but this is no laughing matter.

The mind boggles at what Frank and his family must have cost the taxpayer over the years with their bootleg hooch operation.

“They also stole a shipment of meat which turned out to be unfit for human consumption, and, in one mind-boggling feat of crass stupidity, Frank found himself kidnapped and left in France.

Frankly, you could not make some of this stuff up.

Frank will face compulsory treatment for his alcohol addiction, before being required to work in Poundland.

“Steps will also be taken to ensure he gets a more age-appropriate haircut.”

A Whitehall source said: Frank is the most convincing stereotype of a feckless dole scrounger since Wife Swap was cancelled.

But theres going to be hell to pay when they find out Frank isnt real. Itll be the Vicky Pollard debacle all over again.

I wasn't stuck in anything, says Cameron sheep 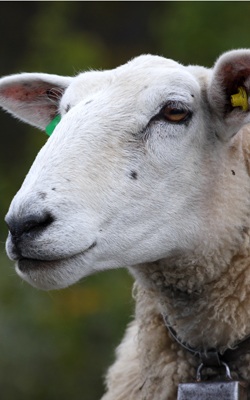 A SHEEP has claimed that David Cameron was doing something other than rescuing it.

The prime minister has been hailed as a hero for allegedly saving the animal after it became stuck in boggy ground.

However ewe Emma Bradford has questioned the official version of events.

She said: “The ground was moderately damp at best. As a sure-footed ruminant I was in no peril.

“It was a perfectly normal afternoon, I was grazing with occasional breaks to stare into the middle distance looking for predators.

“Suddenly I heard a cough and a pair of Cuprinol-coloured hands was yanking at my wool.

“I was aware of a figure behind me, and had the feeling of leisurewear pressed against my hind quarters. I couldn’t see the man but I recognised the voice, he was saying Samantha didn’t understand him any more.

“Those manicured hands were literally everywhere. I could feel his hot breath as he nibbled my ear tag and called me Angela.

“My first thought was to run for a gate or stile, but all exits to the field were blocked by armed police. I bleated furiously.

“My farmer arrived just as things were about to turn really ugly.

“The prime minister unhanded me, handed him a crisp £50 note and was on his way without a backwards glance.”