Well this is fun, say parents

PARENTS have confirmed that juggling working from home and educating young children while never going out is just an absolute f**king joy.

At the beginning of what was, in the world before, the Easter holidays mums and dads are just delighted at their new seven-day schedule of working, childminding and teaching from within small prisons.

“It’s great! It’s definitely not difficult helping a six-year-old with spellings and placating a sulky  ten-year-old at the same time as being on a budget crisis call and being 10,470th in the queue for a Waitrose order.

“And there’s so much solidarity for the working mother. Facebook certainly isn’t full of photos of smug, balanced lesson plans from stay-at-home mums who clearly see this as their long-awaited chance to shine.

“My wife and I are spending so much more time together, when we flip a quid to see who gets to work in the bedroom and who does incredibly important work to the soundtrack of whatever shit the boys are binge-watching on Netflix.

“We’re both deliriously happy. And this goes on until October at least.”

Ah shit. I don't think I want to do this now 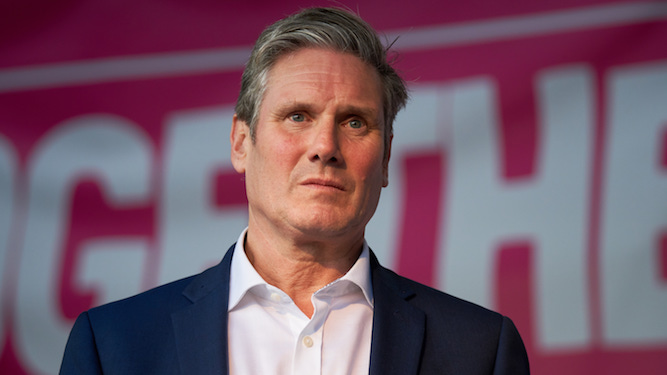 YEAH. Thanks for electing me leader and everything, but is it okay if I’ve changed my mind? Because if I’m honest I want f**k all to do with this mess.

Opposing the government’s inept Brexit, demanding more money for public services and calling Boris a wanker were the three planks of my leadership campaign.

Now nobody cares about Brexit, public services have been pretty much nationalised and you’re not allowed to be mean to Boris because he’s trying very hard and he’s got the bloody virus.

So what am I meant to do? Tell the government they’re doing a great job? Join a government of national unity so it’s my fault too? Just sit in the house ordering shit off Amazon?

So thanks everyone, a landslide victory and all that, but I’m thinking ‘maybe not’ with the whole Labour leader thing. Come back to me in a year or whatever if you like, but probably not even then.

Sorry about that. The best thing is probably to just not have a leader for a bit. Our popularity can only go up. Given where we’re starting from.