What inappropriate comments are you making?

ARE you that person who takes pride in saying things that make people uncomfortable or upset? Here are some excellent inappropriate ice-breakers.

A cheerful ‘You’ve put on weight since I last saw you!’ will make anyone feel terrible. But compliments-cum-insults are great too, like ‘Have you been on a diet, Lucy? You’ve got less of that bloated look in your face.’

Dodgy but not overtly racist comments

The sort of comment that’s well away from actionable racism but makes everyone feel extremely awkward, for example: ‘I’m in favour of immigration. Where would we be without curry, reggae and weed?’

Dredge up embarrassing incidents from the past

If a friend wet themselves during a primary school play or had a hopeless teenage crush, remind them of it in company. Really drag out all the humiliating details and congratulate yourself on being such a hilarious raconteur.

Especially popular with old people who are trying hard to fit in. Comments like ‘You wouldn’t think a pretty girl like that would need to be a lesbian, would you?’ or ‘You can tell which one is the man’ are a great help.

Be upfront about bodily functions

You may think you’re refreshingly unembarrassed by bodily functions, but people really don’t want to hear a graphic account of your bout of constipation, including such details as ‘it was stuck halfway out like Winnie the Pooh in that story’.

Bring up the sex lives of others

Joking to younger colleagues ‘I bet you’re at it five times a night!’ in a creepy, envious way is upsetting for them, but when HR get involved they will probably conclude – correctly – that it wasn’t deliberate sexual harassment and you are just a twat. 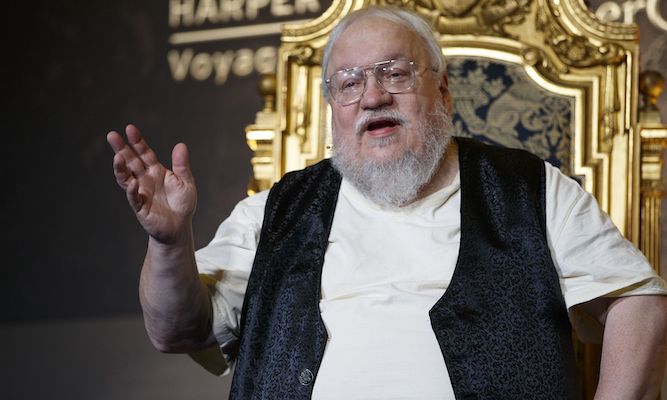 GAME of Thrones author George RR Martin has confirmed that the latest episode of the TV adaptation has buggered it completely.

Martin, whose middle initials are a tribute to Countdown’s Rachel Riley, admitted it was his own fault for not finishing the books in time but never imagined they would get the show this wrong.

He said: “What the fuck did they do that for? They’ve got three episodes left.

“No spoilers obviously, but I envisaged that particular conflict not being resolved until the very end. Being as it’s what the whole thing was clearly about from the start.

“Have they just got that bit over with quickly so they can go off in their own direction? Is Jon Snow going to form a jazz quintet now? Are the next three hours going to return to the core values of the show and be entirely tits?

“I can’t wait for everyone to read the books, where I do all this properly and don’t just curtail it early because there isn’t the budget and pretend it’s a shocking twist.

“Then again, I don’t know if I can be arsed finishing writing them now they’ve ruined it. Just imagine it for yourselves.”