What's a 'Leveson'? asks The Internet

THE thing where everyone gets their news has promised to find out what a ‘Leveson’ is.

As Sir Brian Leveson’s 2,000 page report on media standards was unveiled, The Internet reckoned it would be very useful for sticking underneath the wonky legs on the tables where people put their laptops.

The Internet said: “According to Wikipedia this chap has spent 16 months investigating the behaviour of the British press. It also says he used to be a woman.

“Anyway, I’m sure this independent watchdog will do a fantastic job of watchdogging – I’m sorry how do you pronounce it ‘nyoospaypers’?

“And then in five years time, when the last printing press has been melted down and turned into servers, they can watchdog something else.”

The Internet added: “I see there’s now thousands of interesting blog entries popping about Leveson. I’m just so brilliant at this kind of thing.

“It does look like it’s shaping up to be a very lively, well-informed debate with many people speculating exactly when Mr Leveson had his sex change.

“Meanwhile, there do seem to be some other people stressing that he was never a woman, but that he is King of the Masons.

“And look, there’s Twitter and Facebook, bursting at the seams with people committing the most flagrant contempt of court, over and over and over again.

“Good luck sorting that lot out.”

98% of Union Jacks are upside down 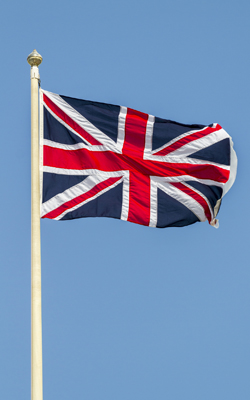 ALMOST every Union Jack flag in the UK is currently flying upside down, it has emerged.

The Institute for Studies found that 98% of British flags are the wrong way up, including the one at Buckingham Palace.

Professor Henry Brubaker said: It’s a quite incredible oversight on the part of the nation.

“For sailors, the flying of an upside-down flag denotes distress. It is also a gesture beloved of anarchists, as a means of saying ‘fuck the system, and tits to all forms of hierarchy’.”

Patriot Mary Fisher said: Ive turned it over three times today and Im still none the wiser. Can someone please explain this in a bit more detail?

“Is there a tiny picture of a bulldog in the blue that is only visible when you stare through it, like a ‘magic eye’ picture?

“My eyeball are starting to vibrate with the stress. The flag in my garden and the ‘No Turning’ sign at the end of my drive were pretty much my whole identity.”