What's all this 'Christmas lunch' bullshit?

Since when did Christmas dinner become ‘Christmas lunch’, experts are demanding to know.

Professor Henry Brubaker of the Institute for Studies said: “This is a new one on me. It’s probably something to do with those wretched marketing people.

“They’ll be fucking calling it ‘Thanksgiving’ next, you mark my words.” 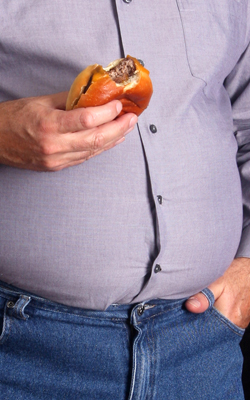 AMERICA has begun rolling out a clothes ban in a bid to tackle over-eating.

Special Disrobing Stations have been set up at the city limits.  Anyone entering San Francisco must first remove their clothes, and prove they are not hiding candy bars between rolls of fat.

City Supervisor Stephan Malley said: It works two ways. People are incentivised to lose weight because they can no longer hide their flab with loose-fitting sportswear.

“Also, the sight of that sagging, paunchy flesh puts everyone off their food.

Clothes stores are hastily rebranding themselves as body paint emporiums, while fashion designers are re-training as vajazzlers and scrotal stylists.

Strip clubs are the only locations where clothes are allowed, with customer queueing up to see fully clothed men and women fiddling with their buttons and pulling ping pong balls out of their pockets.

However the citys fire-fighters believe the new law makes their job more hazardous.

Naked fireman Julian Cook said: “I slid down that pole once, never again. Buildings can burn, whatever, it’s not happening.”