Woman admits they all piss in the shower

A WOMAN has spoiled it for the rest of womankind by admitting they all urinate in the shower.

Donna Sheridan of Southampton made the shock confession as a parting shot after splitting up with her boyfriend and moving out of his house they shared.

Sheridan said: “Enjoy your showers, Tom. By the way, I was in there every morning pissing like a racehorse and, let me tell you, I didn’t care where it went.

“Whoever you hook up with next? She’ll do it. We all do. Remember when your mum came for the long weekend? I went in the bathroom after her shower. The loo seat was still up.”

Sheridan’s admission has met with mixed reactions. Some women have accused her of ruining it for everyone, while others have expressed relief that it is finally all out in the open.

Boyfriend Tom Logan said: “But me and the lads have discussed this and it’s impossible, because of the angles. That’s science.

“Besides, why would anyone piss in the shower when there’s a perfectly good sink right there?” 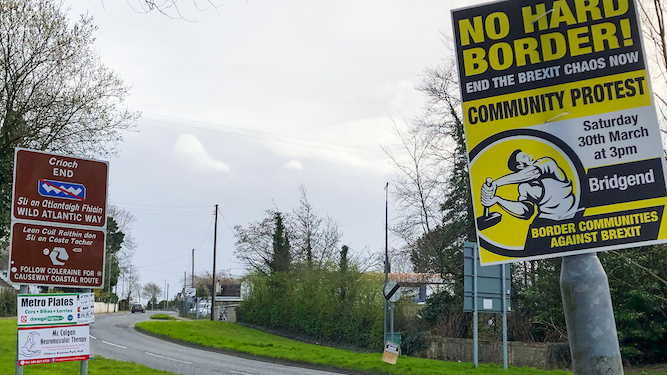 BORIS Johnson’s new Brexit plan must be brilliant because the DUP like it, but some critics are raising pootling, dunderheaded objections to it. For the sake of politeness, they are:

It violates the Good Friday agreement

Is the Good Friday thing really that important? Has a nation voted for it in a referendum? Oh, apparently Ireland did, overwhelmingly, in 1998. Still that was decades ago. Do they really feel the same way about the English forcing conditions of war upon them for no good reason as they did then? Probably not.

It opens a smuggling route into the EU

What, is the EU afraid of a little danger? A little competition? A 310-mile long unpoliced border through which any illegal goods, people or military-grade weapons can enter their precious single market? They need to grow up.

It stands counter to the EU’s founding principles

We’ve all had principles. Time was the Conservative party would have frowned on a renowned adulterer leaving his wife and children to move his girlfriend into Downing Street. But times change, and the EU needs to recognise that looking after their own and preventing armed conflict aren’t the big deals they used to be.

Did the technology exist to go to the moon when Kennedy announced it? No. But seven years later his words became reality. Admittedly he ploughed millions into the project while the UK is just blithely hoping, but the principle is the same.

It won’t get through Parliament

Just because the UK’s sovereign parliament won’t back a plan doesn’t mean it can’t be passed by some other method that hasn’t been discovered yet. Perhaps via royal decree or military coup, or less likely by the Conservatives winning an election in a landslide. So no problem.