A WOMAN cannot understand why her relationships with socially dysfunctional men keep ending in disaster, she has revealed.

Administrator Donna Sheridan keeps putting her failed relationships down to bad luck rather than her inability to spot obvious warning signs of extreme weirdness.

Sheridan said: “I thought my last boyfriend Steve might be the one, so it was a real shock when he dumped me because I didn’t want his best mate ‘Chimper’ coming on holiday with us.

“We both liked Doctors and I was fine with him doing his hobbies, such as drinking a bottle of whisky in his spare room full of pictures of Barbara Windsor in army clothes.

“It reminded me of Anton, who would only eat raw cabbage and used to phone his ex five times a day. There’s no way I could have predicted that would cause tension.

“Then there was Rob. He said he was the Vatican’s top exorcist, but then I saw him working in Halfords.

“Dating’s such a lottery. Still, all you can do is take people at face value and not question things like why they breed alligators.”

Sheridan has now put her latest upset behind her and is going on a date with someone who is clearly a confused gay evangelical Christian. 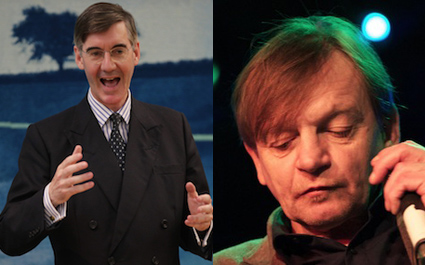 JACOB Rees-Mogg is to adopt Fall frontman Mark E Smith after mistaking him for a Manchester street urchin, it has emerged.

As he left the Tory conference in his limousine, Rees-Mogg saw the post-punk icon staggering past and assumed he was a malnourished slum child dizzy from hunger.

Rees-Mogg said: “The poor mite was in such a wretched state that I instructed my driver to take him home in the Bentley, so that Nanny could give him a slice of blood sausage and a good scrub with some carbolic soap.

“His parents probably died in a mill accident or of rickets, thus it falls to me to raise him as my own. Henceforth, young Marcus will want for nothing and starts at Eton next term.

“He’s a strange child, always singing shouty little ‘songs’ he makes up himself, or stealing cooking sherry from the pantry.

“Marcus says he’s writing a popular music LP with the peculiar title Liminal Barcode Atrocity. It’s charming but I think we’ll get him started on the French horn instead.”

Smith said: “I’ll smash my way out of here if I have to, but not today because I’d rather hoped pater and I might take cream tea together.”