Woman becomes middle class after eating crisps from a bowl

A WOMAN has unveiled her new middle class status by eating crisps from a bowl.

Fiona Bishop was watching a film with friend Emma Bradford when she went to the kitchen to get a snack.

Bradford revealed: “She shouted through to ask if I wanted any crisps, to which I said no. Then she came back in with some in a bowl, instead of just bringing the bag.”

“Just because I don’t shove crisps straight into my mouth from the bag anymore? Well, I’m a better person now.”

Bradford said: “And they were ‘Sea Salt and Balsamic Vine-weed’ instead of just ‘Salt and Vinegar’.

“She’s not ready for this.”

'Did you see me in space?' asks Tim Peake 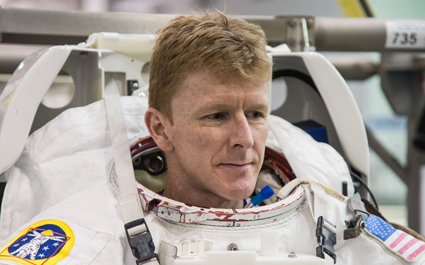 BRITISH astronaut Tim Peake is excitably asking if everyone saw him when he was in space because that is where he was.

Peake, who touched down today, has so far informed every member of his medical team, his wife Rebecca and 784,000 Twitter followers that if they had looked up over the last six months they would have seen him, in space.

“Did you see me? Which things that I did in space do you want me to talk about? Because I did loads and they were all in space.”

Friend Norman Steele said: “Christ, this is like when he came back from his gap year all over again.”