A WOMAN has looked at her smartphone 63 times in a day without finding the cure for her inner emptiness.

HR manager Donna Sheridan’s phone activity began at 7.35am when Facebook alerted her to a picture of people she didn’t know drinking wine on a houseboat.

Sheridan said: “As usual I checked my emails as soon as I got up, and yet again they were mostly about Nectar points.

“But of course it’s not about information. It’s about getting that mysterious something that will make me complete again.

“Every time it bleeps I think that might be the cure – the mysterious thing that stops this weird hollow feeling. But it’s just my housemate saying she’s staying at a friend’s house tonight.

“Then I have a quick look on Facebook and end up ‘liking’ my friend Trevor’s girlfriend’s brother’s crap ska band while feeling emptier than ever.”

Sheridan later viewed 31 other messages including an update for a time-wasting game called ‘Bubble Bust-Out’ and her flatmate asking if he should buy toilet paper, which can be stored indefinitely if not needed.

She added: “I don’t know what the answer is but I know it’s in this little glowing box. If I just keep looking at it, one day everything will be fine again.”

Man thinks he’s getting his tenancy deposit back 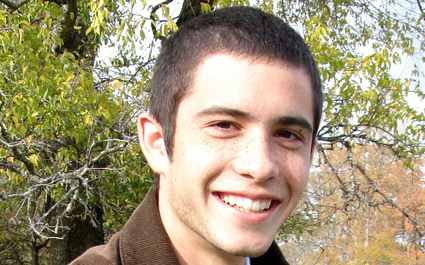 A MAN believes he is going to get his deposit back from a private landlord.

Julian Cook plans to move in the coming weeks and told friends he will use part of his returned deposit towards hiring a van.

Cook said: “Once my landlord gives me my £600 back, no questions asked and without any attempt to try and keep my money for even the smallest damages to the property, then I’ll be good to go.

“Sure, the flat’s had a few knocks since I moved in but that’s just normal wear and tear, there’s no way the landlord will try and make out like I’ve somehow betrayed his trust just by living in it. That would be unfair.”

Landlord Roy Hobbs said: “Of course I’m going to return his deposit, just like I definitely put it into that protected deposit scheme thing in the first place.

“I am a landlord after all. We’re known for being easygoing, likeable chaps who are more concerned with helping others than getting our hands on their cash.”

Cook’s friend Emma Bradford said: “Maybe there’s a gas leak in the flat and it’s fucking with his brain.”