Woman hounded out of Waitrose for bringing Asda bag

A WOMAN has been thrown out of Waitrose by staff and other customers for attempting to use a ‘bag for life’ from Asda.

Class traitor Francesca Johnson brought the supermarket to a standstill when she produced the reusable pleb sack from her North Face cagoule.

Johnson said: “I thought I’d get away with it if I just used the self-service machine. But a checkout assistant spotted the proletarian Asda logo immediately and set off an alarm.

“The next thing I knew people were pelting me with premium-quality, locally sourced British produce and a pair of Waitrose & Partners heavies had grabbed me by each arm.

“As the middle-class mob surrounded me I kept saying I was ‘just like them, really’ and that the bag belonged to a friend, but that just made them angrier.”

Johnson was then slung out of a side exit by the bins, where she belongs, after being stripped of her Waitrose loyalty card.

She added: “It’s my own fault really for only getting my bits from Waitrose and doing the big weekly shop at Asda.” 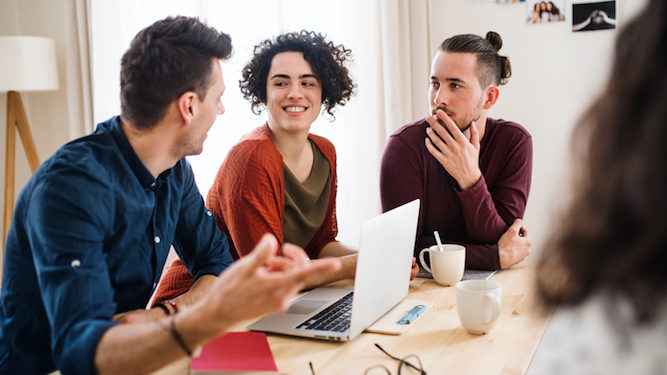 IF you share a house, there’s a high risk of having sex with someone else who lives there, probably when you’re p*ssed. Here’s how to deal with the fallout.

Pretend you were so drunk you can’t remember it

Just act totally normal, as if you definitely didn’t tell them in the throes of passion that you have an armpit-licking fetish. They’ll play along because they’ll also want to wash that memory from their traumatised brain.

Perhaps a bit extreme, given that the only thing you actually have in common is a wifi password and now possibly chlamydia, but it will be less of a hassle in the long run than finding somewhere else to live, so why not give it a bash?

Do it loads more times

You know it’s a terrible idea, the rest of your housemates will resent the weird atmosphere and it’s definitely going to end in tears, but having sex with them is way easier – and cheaper – than leaving the house and meeting someone in a club.

Act so weird they decide to move out

If you don’t want to see them every day over your Shreddies, but can’t be ar*ed to move yourself, just freak them out so much that they do. Standing by their bed staring at them until they wake up should do it. Hold a knife in each hand for extra effect.

Burn the house down

The only way to ensure that you won’t have to awkwardly pass each other on the stairs ever again is to make sure the stairs don’t exist anymore. And the rest of the house for good measure.