Woman likes everyone except other women

AN EASYGOING woman has confirmed she likes everyone except other women of roughly the same age.

31-year-old office worker Mary Fisher can get on with pretty much anyone, unless they are female in which case she gives them evil vibes.

Fisher said: “I’m always up for a laugh, especially with all the male colleagues that I maintain a weird semi-flirtatious friendship with.

“I just don’t really like selfish people, time wasters or other women.”

Fisher recently clashed with new colleague Nikki Hollis, because Hollis asked her if she wanted a cup of tea. Fisher explained: “On the surface it might seem like an innocent question, but I could tell she had a hidden agenda.

“The way she put the emphasis on tea it was clear she thought I drank lots of hot drinks because I’m either lazy or greedy, if you can be greedy for hot drinks.

“Some people are just like that. But I’ll give anyone a fair chance as long as they’re male, a kid or over 60.” 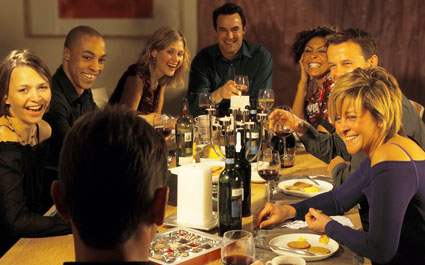 A TABLE of restaurant diners is terrified about which wine their rich friend is planning to order.

Stephen Malley has been working in recruitment for the past five years and, after a series of large pay rises now takes home enough to not have to automatically order the house wine.

Fellow diner Tom Booker said: “Last time we met up, Stephen studied the wine menu with the same intensity he used to peruse the Hot or Not website at university.

“Eventually he ordered three bottles of £42 Pouilly Fumé ‘for the table’ and then we all ended up splitting the bill.

“I know for a fact there was a bottle of red on there for £12.95 which would have been technically drinkable.”

Friend Eleanor Shaw added: “I couldn’t give a shit if 2005 was ‘a good year’ for Burgundy. As a teacher, I’m being priced out of our friendship.”

Carolyn Ryan, who selected the venue because it was both affordable and near her flat, commented: “I don’t even want to think about how many sides he’s going to order.

“And then I bet he’ll want to leave a generous tip. I don’t even know why we’re still friends with him, he’s a wanker.”