A WOMAN IN her late 40s who now rarely gets whistled at on the street by strange men is feeling a pleasant sense of relief, she has confirmed.

Emma Bradshaw, 46, had always imagined she would feel worried and regretful about getting older, but is actually finding she can get a lot more done without being constantly harassed.

Bradshaw said: “When I was younger I used to worry about ‘losing’ my sex appeal, but honestly now I couldn’t give a shit, especially as it turns out that what society deems to be sex appeal actually translates as men shouting out ‘Nice tits, love!’ when you’re just trying to post a letter.

“Now that I’ve reached the ‘invisible’ age, I can go about my business in peace, without worrying about being judged either positively or negatively for my clothes, hair, weight, face, shoes or any other arbitrary nonsense.

“It’s a bit like having a superpower. Imagine all the shit I can fuck up whilst going completely unnoticed by the patriarchy. Maybe I’ll get together an army of similarly ‘invisible’ women to help me.

“The world isn’t going to know what’s hit it.” 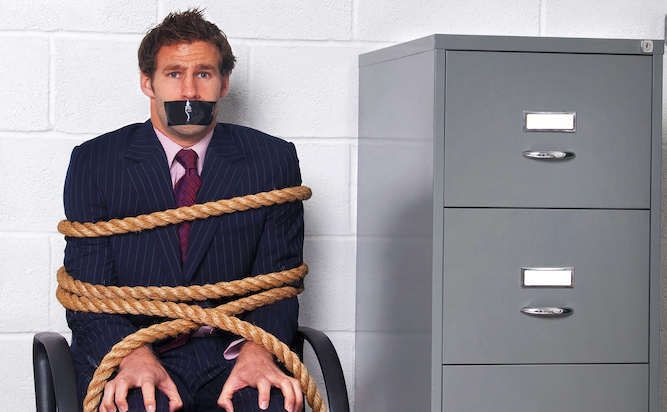 ‘GOING somewhere?’ has been voted the last thing a hostage wants to hear after they have finally managed to chew through the rope that has held them captive for eight weeks.

The Institute for Studies found that ‘Going somewhere?’ was the choice of more than 60 percent of hostages with ‘Do you really think I’d leave the window unlocked?’ in second place.

Former hostage, Martin Bishop, said: “I spent ages chewing through the ropes, so when I finally got out of the chair and was about to open the window, hearing someone say, ‘Going somewhere?’ really was inconvenient to say the least.

“Totally ruined my afternoon, if I’m being honest.”

“But then a couple of days later I managed to struggle free and smash my kidnapper over the head with a heavy typewriter, so it all worked out fine.”