Woman seeing three men at once struggling with the admin 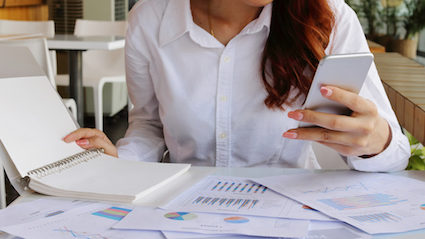 A WOMAN dating three different men simultaneously is finding it an organisational nightmare, she has confirmed.

Emma Bradford, aged 29, decided to try serial dating after magazine articles told her everyone else was doing it, but had no idea she would have to create an Excel file titled emmalovelife.xlsx.

She said: “The articles said it could be challenging emotionally. What they didn’t mention is what a pain in the arse it would be keeping them all straight.

“Every time I get a text, I have to go to Evernotes and see where we met last and what stage we’re up to before I can reply, and by then another one’s hassling me by WhatsApp.

“There’s no spontaneity. That got ditched month one, where I watched the same film twice with one of them and slept with another when he totally hadn’t earned it yet, because I got mixed up.

“Hang on, I’ve got a call coming in. Let me bring up the excuse matrix.”

Romantic interest Nathan Muir said: “Emma’s special. I really think she could be the one. Which is why I’ve marked her file with both pink and green Post-Its.”

Choose your own Boris Johnson adventure 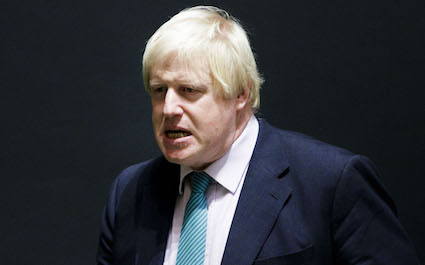 YOU are Boris Johnson, MP, bon vivant and statesman, but can you make it to the end of the week without being forced to resign?

1) You’re accused of undermining your government’s Brexit policy by launching a leadership bid in the Daily Telegraph. If you believe that the only honourable course is to resign, go to 7. If you want to call your critics “nonsense-pedlars inebriated with the exuberance of their own verbosity”, go to 2.

2) A former aide claims that the £60m London cable car linking two of the capital’s least-visited locations only came about after you doodled randomly on a map then insisted you were not doodling and it was a brilliant idea. To offer your resignation, go to 7. To zipline down the cable covered in Union Jacks, distracting everybody, go to 3.

3) You are called upon to make a conciliatory speech to the EU, but instead call them “mendacious merchants of maunderings, piffle and piss-a-bed proposals whose drivelling idiotism there is no bearing,” badly damaging your Brexit strategy. To resign, go to 7. To continue as if nothing has happened, go to 4.

4) You have had yet another affair with a posh journalist and have consequently fathered a further out-of-wedlock lovechild. If you believe that your private life is becoming a distraction and wish to resign, go to 7. If you believe that the rabidly moralistic tabloids won’t take you to task over it, go to 5.

5) Extensive documentation surfaces proving that every statement you have made in the last three years is untrue, that you bet £400,000 on a Remain vote and now owe twice that to the Russian Mafia, and that you killed a boy at school. To resign go to 7. To accuse your critics of being “grizzling and horrigust beans who gobblefunk their words until they are squiff-squiddled and squished like snozzcumbers,” go to 6.

6) At a Bullingdon Boys reunion photographs are passed around of you with the infamous Cameron pig, pre-decapitation, engaged in activities you dismiss as high-spirited schoolboy capers. However while attempting to retrieve the photos you trip and throw them out of  a window where they shower onto the assembled media. To accept you must resign, go to 7. To finally be fired, go to 7.

7) You leave politics for a lucrative media career, which by 2019 sees you appearing in Dick Whittington at the Pavilion Theatre in Rhyl, starring Gemma Atkinson. Your adventure has ended. Michael Gove plays Baron von Nasty.