A 32-YEAR-OLD woman thinks her cat might be ‘the one’, it has emerged.

After a series of failed relationships, sales analyst Nikki Hollis is starting to believe that her cat has all the qualities she is looking for in a life partner.

Hollis said: “Marvin’s dependable, sensitive and upbeat. He doesn’t send my friends text messages with sexual undertones or suddenly freak out for no reason and go to Thailand to ‘find himself’.

“He’s not exactly financially solvent but he’s not in debt either. He likes my favourite television shows, or at least is prepared to sit quietly in the room while they are on.”

She added: “Sometimes I imagine our wedding. I’d be waiting at the altar looking like a princess, and he’d be carried up the aisle in a basket, wearing his best collar.

“I’m not sure how he’d put the ring on. Maybe he could hold it in his mouth, or just sort of flick it at me with his tail.”

Banksy revealed as tight bastard who never gets round in 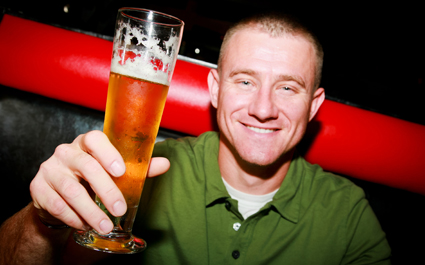 STREET artist Banksy has been revealed as a man who always claimed to be broke in the pub.

39-year-old Tom Logan, who told his friends he was out of work, was revealed to be the millionaire artist when a friend shouted “Oi Banksy you’ve dropped 20p”.

Cousin Roy Hobbs said: “Tom, or rather Banksy, always claimed to be on benefits despite having applied for numerous jobs including ‘night fill’ in Tesco Express.

“On that basis I was happy to get him drinks, although it did slightly annoy me that he always wanted the most expensive foreign lager.”

The tight-arsed anarchist even pretended to be at an event where the long-term unemployed pick up litter from riverbanks when he was actually on a luxury graffiti trip.

Logan/Banksy said: “Yes, some of my work sells for six-figure sums but you’ve got auctioneer’s commission coming out of that plus spray paint doesn’t come cheap.

“Also ISA rates are very poor at the moment which means that whatever I manage to save from my anti-establishment murals is earning a paltry amount of interest.”

Hobbs added: “He even sold me some tickets for that ‘Dismaland’ thing for £80, claiming to have gotten them off someone at Job Club. The fucker.”