A WOMAN has based all her thinking on philosophical quotes written on chalk boards outside local businesses.

Nikki Hollis always reads what is written on the board outside her favourite coffee shop and then ponders it for the rest of the day before deciding whether to integrate it into her belief system.

She said: “I’m not big on book reading and that kind of thing so reading sandwich boards is like a quick way to get wisdom.

“There was one about ‘life is what happens when you’re busy making other plans’, which I really liked and have since decided to live my life by. So, I don’t make plans for anything anymore, I just live my life.

“That one kind of impacted on my best friend’s 30th birthday party but I’m sure she understood that I was just living life as John Lennon told me to.

She said: “There was also one about the how ‘the soup of the day is gin’, but I couldn’t really put that into my overall outlook on the world but it did make me chuckle.’

“Sometimes I read interesting graffiti in toilets too. There was one that said ‘eat the rich’, but I don’t think I would do that.” 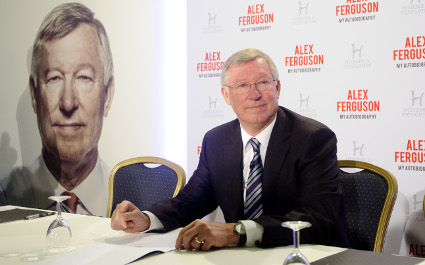 Ferguson said: “The market has shown that it can bear one autobiography a year by the most successful manager since English football began in 1992, so why not 12?

“You can look forward to finding out why I dropped Wayne Rooney that time, why I dropped Roy Keane that other time, a 90,000 word account of that boot being kicked at Beckham’s eyebrow as written by the boot, and a few pages of filler about Lee Sharpe.”

The first volume of the series will cost £1.99 and come with a special 22ft-long slipcase to hold the rest of the books, leaving buyers morally obliged to buy the full set at £15.99 apiece.

Each volume will feature a thin vertical slice of Ferguson’s face on the spine, building up to a full magnificent portrait over the projected 128 editions in purple, violet, indigo and mauve.

United fan Tom Booker said: “I can’t wait to read all the best bits in newspaper serialisations the week before, then to put the volume by my bed every month while I watch goal compilations on my iPad.”