Women impressed by men who condemn their taste in music

WOMEN have confirmed that nothing gets them hotter than men vigorously criticising the music they listen to.

The Institute for Studies found that women experience strong sexual impulses towards men who glance through their Spotify playlists while mouthing the words ‘shit, shit, shit’.

When condemnation of their favourite artists is then followed up with recommendations of obscure beard-rock albums, most women are unable to stop themselves initiating sexual intercourse.

Woman Carolyn Ryan said: “When a guy asks me what’s on my iPhone then tells me that I’ve been fooled into thinking I like Emeli Sandé by marketing, then he has my full attention, upstairs and downstairs.

“If he then proceeds to rank Radiohead albums from worst to best then it’s pretty much on, and we’re doing it while he’s explaining that Amnesiac is perennially underrated.”

Model Helen Archer agreed: “When I see men who nod their head attentively to the music but never, ever get on the dancefloor because music’s far too serious a passion for them, I immediately crave their genetic material.”

Dissenting voice Joanna Kramer said: “Obviously I know Katy Perry is shit. But it is much, much better for having a dance to on a Friday night than the collected catalogue of Rush.” 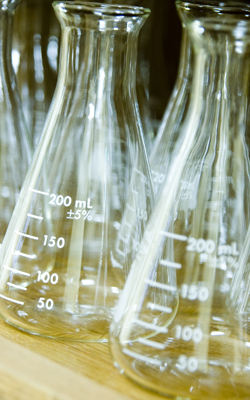 SCIENCE is officially over after reaching its ultimate goal of hangover-free alcohol.

Around the world, test tube and bunsen burners are being packed into cardboard boxes and ‘Office Space To Let’ signs hung outside former laboratories.

Professor David Nutt, who caused the end of science with his pioneering work on drink that doesn’t make you feel shit the next day, admitted mixed feelings.

He said: “Of course I’m proud to have invented a jazzy cocktail that gets you nicely wasted without reducing you to a sweaty, exhausted bundle of self-doubt.

“But I didn’t really anticipate that government funding and public support for science would instantly stop because everyone thinks science has ‘nothing left to do’.

“I mean ending hangovers is great but we were doing some good stuff on cancer and HIV too, also space travel was only going to get better.

“I reckon science could have gone on a bit longer.”

However father-of-two Roy Hobbs said: “Now I can be drunk all the time except when asleep, I don’t really see any purpose to doing more science.

“Yes there’s the medicine side but who cares about being poorly if you’re pissed and loving it? And I never really liked scientists, they all seemed a bit…clever.”

Professor Nutt confirmed that he was already looking for another job: “I’ve got an interview for a recruitment consultant position this afternoon, but I’m up against Peter Higgs and he talks a pretty good game.”