Workers 'must take Secret Santa identity to the grave'

WORKERS have been told not to disclose their Secret Santa identity on pain of death.

Secret Santa is a sacred ritual dating back to Roman times, but in recent years some participants have openly discussed which present they bought, desecrating the noble tradition.

Company director Julian Cook said: “Many a good man has gone to the grave being the only one who knows he gave Carol from accounts a pocket-sized karma sutra, and that’s how it should be.

“We ask two things of our employees – that they spend a fiver or less and that they never reveal their identity, even under the most severe torture.”

Although the average amusement generated by a Secret Santa present is around seven seconds, employees across the country remain committed to the ritual.

Tom Logan said: “Last year I bought the present in disguise, wrapped it while wearing surgical gloves, put Lucy’s name on it in letters cut out from newspapers and then had it delivered to work by a courier, who I then had assassinated, poor chap.

“But then I went and blurted it out when I was pissed at the Christmas party.”

House prices to rise further, except in shitholes 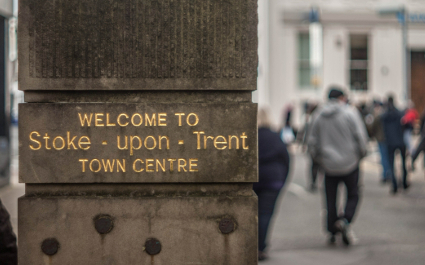 HOUSE prices are rising so fast that home ownership is only possible in shitholes, say experts.

The average price of a property in locations like London or Bristol is expected to rise by six per cent in 2016, causing a housing crisis apart from in areas where nobody particularly wants to live.

Property expert Carolyn Ryan said: “What am I supposed to tell first-time buyers? That they can achieve their dream of home ownership if they just give up hope of living anywhere they’re not ashamed of?

“When we talk about the housing crisis, we’re talking about real places like Brighton or Leeds or the Cotswolds, not the blasted hinterlands like Swansea or Dundee that make up the vast majority of the UK.

“House prices are rising uncontrollably in areas that matter. There. Happy now?”

Self-employed electrician Norman Steele said: “Here in Derbyshire, all £300k buys me is a detached six-bedroom house with gardens front and rear set in stunning countryside.

“This crisis is absolutely out of control.”