A FREE meal at a high street restaurant is ample reward for months of relentless poorly-paid toil, according to employees.

As the festive season begins, workers confirmed that slaving for most of their waking lives in stressful, tedious roles was a small price to pay for a free trip to a mid-priced Italian.

41-year-old sales co-ordinator Mary Fisher said: “I haven’t had a pay rise for four years because my boss has upgraded to a twelve-bedroom house, and yesterday he called me a ‘bloated sack of hair’ because of something that was his fault.

“But when the menus went round for our annual Christmas meal, my morale shot straight up out of the doldrums.

“Apparently we can have anything we want off the menu except seafood starters, and drinks are free up to a limit of two wines and a spirit.”

Office worker Stephen Malley said: “Our company has hired a room in a corporate hotel, laying on a cold turkey buffet, disco and mildly racist comedian.

“I can’t think of anything better, except maybe just getting the monetary equivalent of my refreshments and being allowed to spend it in the pub with people I actually like.” 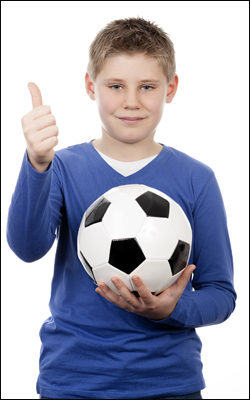 A 10-YEAR-OLD football fan has grudgingly hung a poster of James Milner on his wall.

Manchester City fan Wayne Hayes audibly sighed as he removed a glossy A3 image of Mario Balotelli and applied Blu-Tac to a picture of Milners inexpressive face.

Hayes then began preparing an essay for school on what he wants to be when he grows up, making laboured, half-hearted assertions that hed like to follow in Milners footsteps.

Hayes said: He plays for Man City and England, so I suppose hes my hero.

I probably should see if I can get him to autograph something for me or ruffle my hair good-naturedly.

If I could have a commendable, solid career like Milners I would be very happy, I guess.

Although his face remained motionless, Milner insisted that he was deeply moved by Hayes newfound, resigned adulation.

He said: Its nice to be seen as a role model. If I were capable of it, Id give a little bashful smile.