'You can be anything you want' says lying bastard dad

A FATHER has been feeding his child utter bollocks about being able to have any job they want when they grow up.

Martin Bishop has been promoting the ridiculous idea to his son Max with a completely straight face and apparent sincerity.

Bishop’s wife Helen said: “Let’s get real here. No child can be ‘anything they want’, especially not Max who is nine and still sucks his thumb. We’re talking office fodder at best.

“His dad’s irresponsible propaganda implies he could become a senior Conservative politician or a flamboyant business tycoon, but since he’s not related to anyone rich or famous, this is clearly bullshit.

“Nor has Martin made him aware of the intense competition and high level of qualifications needed to be a doctor, spaceman or just a normal pilot.

“He’d be better off being told ‘You can be anything you want in this book’ and being handed a printout of local jobs filtered by low-to-medium income, within a 15-mile radius of this house.”

Nine-year-old Max said: “I am going to be a famous inventor and invent the first time machine and bring back dinosaurs, or work in logistics in Northampton.” 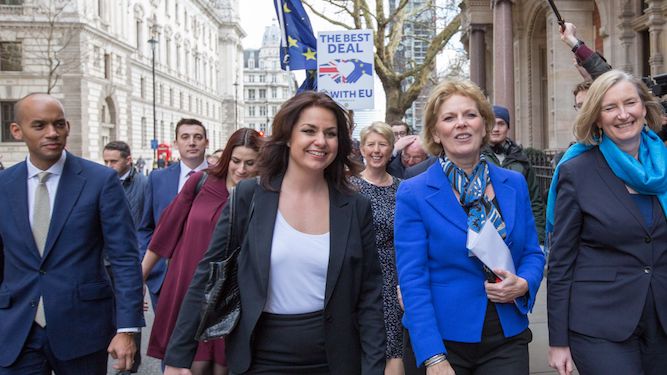 MEMBERS of the Independent Group have discovered that now they no longer have their parties to moan about they really fucking hate each other.

MPs Anna Soubry and Angela Smith are no longer speaking after a two-hour argument about recycling coffee pods, and Chuka Umunna is furious the WhatsApp group has refused his nickname ‘Maverick’.

Former Conservative MP Heidi Allen said: “Everyone seemed like they were totally on the same page before we quit. Now we’re all in the same room together, God they’re irritating.

“It turns out we’ve got fundamental differences on social policy, economic policy, foreign policy, whether Frasier jumped the shark after Niles and Daphne got together or later on, and even Brexit.

“I feel like someone who leaves their husband for a new guy, then discovers the new guy picks his nose and flicks it at the telly while commenting loudly about the size of everyone’s tits. Not naming anyone in particular.

“If we stick to just bitching about how fucking awful May and Corbyn are, we’re fine. Anything else? Difficult.”

Gavin Shuker, MP for Luton South, said: “In theory I want loads more Tories to join us. In practice? Not so much.”